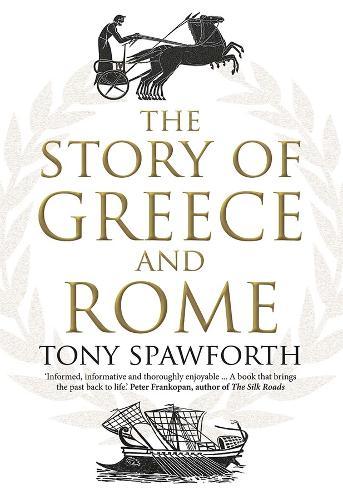 The extraordinary story of the intermingled civilisations of ancient Greece and Rome, spanning more than six millennia from the late Bronze Age to the seventh century
The magnificent civilisation created by the ancient Greeks and Romans is the greatest legacy of the classical world. However, narratives about the  civilised  Greek and Roman empires resisting the barbarians at the gate are far from accurate. Tony Spawforth, an esteemed scholar, author, and media contributor, follows the thread of civilisation through more than six millennia of history. His story reveals that Greek and Roman civilisation, to varying degrees, was supremely and surprisingly receptive to external influences, particularly from the East.
From the rise of the Mycenaean world of the sixteenth century B.C., Spawforth traces a path through the ancient Aegean to the zenith of the Hellenic state and the rise of the Roman empire, the coming of Christianity and the consequences of the first caliphate. Deeply informed, provocative, and entirely fresh, this is the first and only accessible work that tells the extraordinary story of the classical world in its entirety.
$41.95Add to basket ›