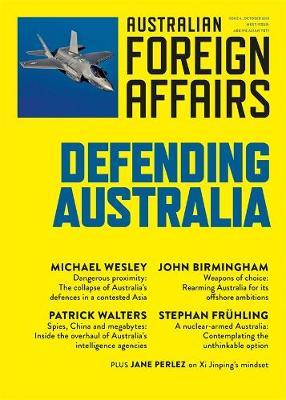 Australian Foreign Affairs is published three times a year and seeks to explore - and encourage - debate on Australia’s place in the world and global outlook. Whether we like it or not, the challenge of defending Australia will become much harder in the twenty-first century. We are no longer a strategic backwater. MICHAEL WESLEY The fourth issue of Australian Foreign Affairs examines the challenge of defending Australia at a time of regional uncertainty and rapidly developing military technology. It explores whether the nation’s weaponry, intelligence agencies and handling of alliances and diplomacy are up to the task of securing against new vulnerabilities in a fast-changing Asia. Michael Wesley examines the state of Australia’s security as Asia’s power balance shifts. Patrick Walters probes the overhaul of Australia’s expanding intelligence agencies. John Birmingham analyses Australia’s weapons capabilities as the military expands its reach. Stephan Fru hling explores Australia’s options for developing nuclear weapons to protect its maritime approaches. Jane Perlez discusses the West’s misjudgement of Xi Jinping, China’s leader for life. Matthew Thompson examines Rodrigo Duterte’s murderous rule in the Philippines. Tess Newton Cain reports on mining in the Pacific region. PLUS Correspondence from Philips Vermonte, John McCarthy, Andrew MacIntyre and more. 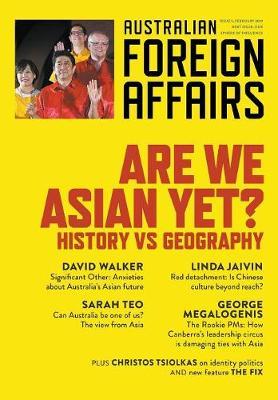 Are We Asian Yet?: History vs Geography: Australian Foreign Affairs Issue 5

The fifth issue of Australian Foreign Affairs examines Australia's struggle to define its place in Asia as it balances its historic ties to the West with its geography. 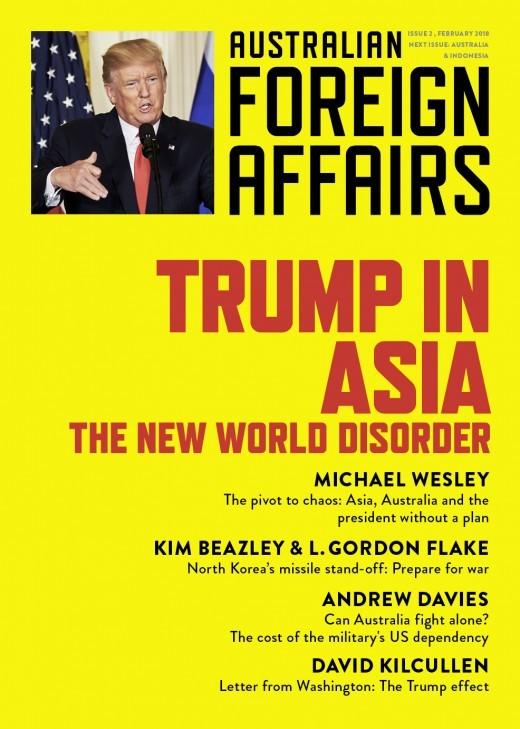