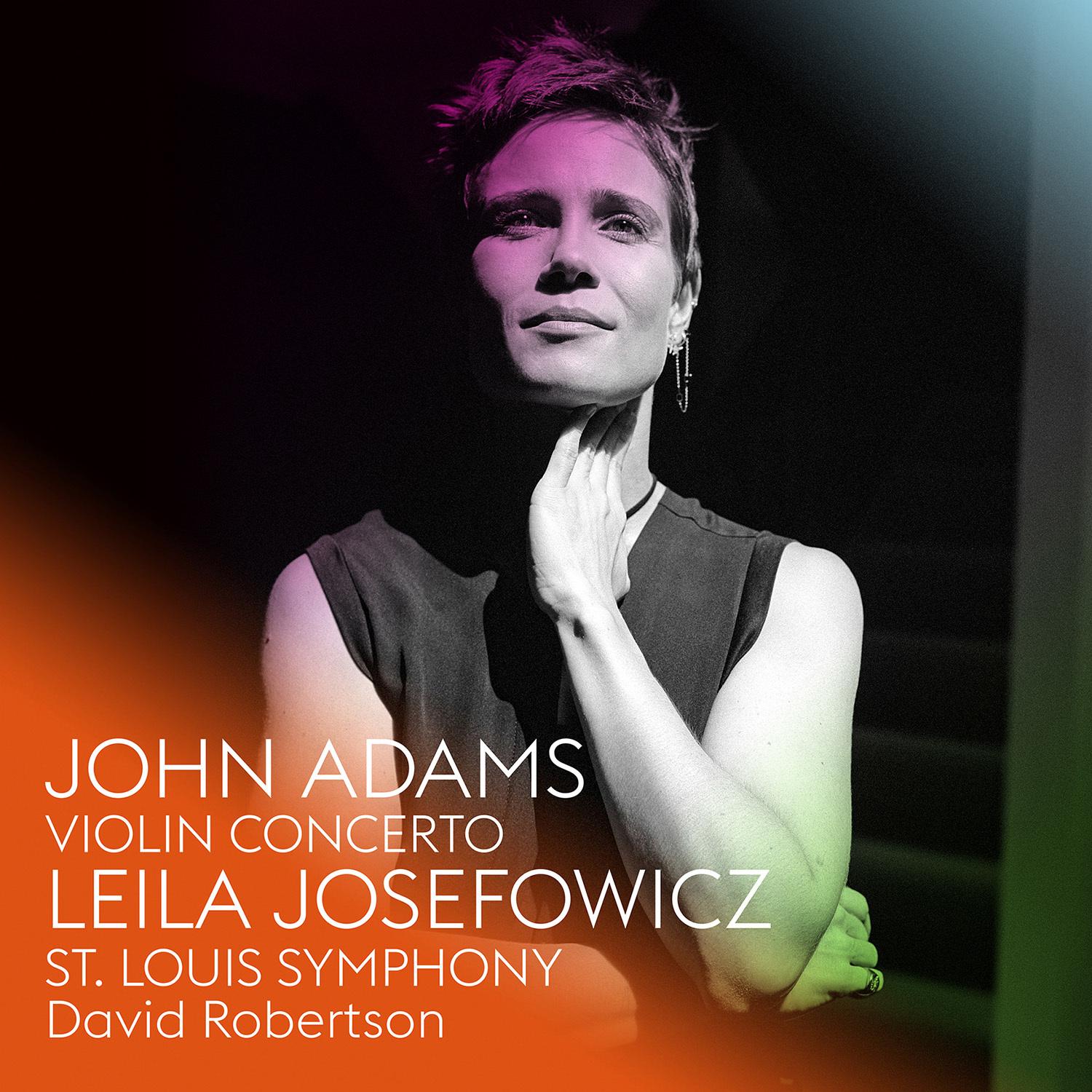 Nonesuch releases a new recording of John Adams' Grawemeyer Award-winning Violin Concerto (1993) with his frequent collaborators violinist Leila Josefowicz, conductor David Robertson, and the St. Louis Symphony Orchestra. The album was recorded at Powell Symphony Hall in St. Louis.
Adams' Violin Concerto was co-commissioned by the Minnesota Orchestra, the London Symphony Orchestra, and the New York City Ballet. It was described by the Boston Globe as having ‘the qualities of intelligence, craftsmanship, and quirkiness that have always marked the composer and his work; this time Adams also mingles virtuoso show with soul, popular appeal with the staying power that comes from intellectual interest.‘ The premiere recording of the work, featuring violinist Gidon Kremer and the London Symphony Orchestra led by Kent Nagano, was released by Nonesuch in 1996.
Josefowicz said of the concerto in an interview with the St. Louis Post-Dispatch, “It was the piece where [Adams] first got to know me as a person and a player, when I was twenty-one… When I started playing this piece, it was the confirmation of the new path that I was on, to really go down this new road with new music and with composers, because this experience was so inspiring for me.” She further said, “It has a really dancelike feeling, so the violin line is often incredibly syncopated with everything else going on in the orchestra… Basically, it’s supposed to make you groove.”

Sometimes, when listening to John Adams’s violin concerto, I expected the soaring violin line to continue to rise. It was not so: Adams’s music is full of the unexpected. Although (a decade ago now) I wrote my honours thesis on the composer, I seem to remember little of what I learnt, and it is terrific to be reacquainted with his exceptional music. And, for that matter, newly acquainted with the work of violinist Leila Josefowicz.

Composed in 1993, not long after the controversial opera The Death of Klinghoffer, the concerto marked a change in direction for Adams. No longer concerned with minimalism, and with a desire to explore the violin concerto form – which he refers to as a ‘delicately articulated mass of blood, tissue, and bones’ – the work hints occasionally at Romanticism, and sometimes at atonality. There is, I hesitate to add, something of Vaughan Williams’s The Lark Ascending: not so much in the melodic material, but in the way the solo violin line rises and falls, making frequent use of bird-like sonorities in the upper register. It is unquestionably virtuosic, and Josefowicz is in brilliant command of the score. A superb recording of a dazzling work.