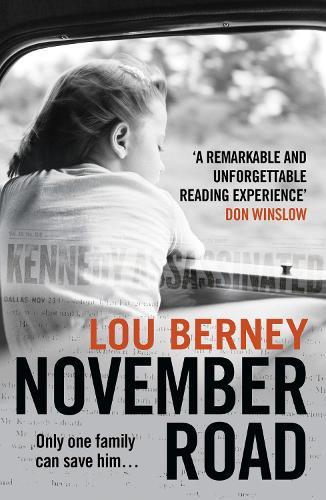 Set against the assassination of JFK, a poignant and evocative crime novel that centres on a desperate cat-and-mouse chase across 1960s America - a story of unexpected connections, daring possibilities, and the hope of second chances from the Edgar Award-winning author of The Long and Faraway Gone.
Frank Guidry’s luck has finally run out…
A loyal street lieutenant to New Orleans' mob boss Carlos Marcello, Guidry knows too much about the crime of the century: the assassination of President John F. Kennedy.
Within hours of JFK’s murder, everyone with ties to Marcello is turning up dead. Suspecting he’s next, Guidry hits the road to Las Vegas. When he spots a beautiful housewife and her two young daughters stranded on the side of the road, he sees the perfect disguise to cover his tracks from the hit men on his trail.
The two strangers share the open road west - and find each other on the way. But Guidry’s relentless hunters are closing in on him, and now he doesn’t want to just survive, he wants to really live, maybe for the first time.
Everyone’s expendable, or they should be, but Guidry just can’t throw away the woman he’s come to love. And it might get them both killed.
$12.95Add to basket ›