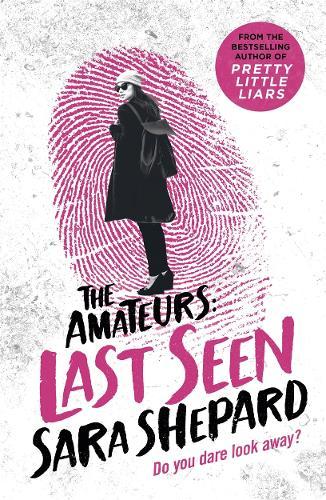 The stakes are higher than ever in this third instalment of THE AMATEURS, as Aerin finds herself kidnapped by the killer she knows all too well, and her friends must work to solve a puzzle laid out by the villain in order to save her.
At first, the mystery they’re tasked with seems to have nothing to do with Aerin or her kidnapper. But as Seneca, Maddox and Madison hit the Jersey Shore to gather clues, they begin to uncover the true background of the killer and the horrors that shaped him into who he is. The scavenger hunt leads them to the family of a recently kidnapped boy and dark secrets they could never have seen coming.
As Aerin struggles to play nice with the person who killed her sister in order to buy herself time, her friends work feverishly against the ticking clock that could mean her life, and every clue they uncover leads Seneca to suspect she’s more connected to the killer’s history than she ever realised …
With nail-biting suspense, twisted secrets and non-stop action, this final installment in #1 New York Times bestselling author Sara Shepard’s THE AMATEURS series will shock and delight even the savviest of readers with its big reveal.
$16.99Add to basket ›