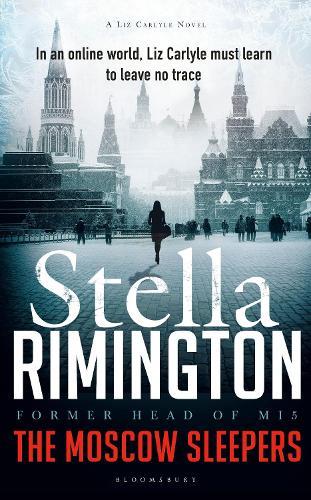 For fans of Spooks, Homeland, McMafia and The Night Manager, the latest thriller in Stella Rimington’s bestselling espionage series sees Liz Carlyle investigating a sinister Russian plot - tense, gripping and global in scope.
A man lies dying in a hospital in upstate Vermont. The nurses know only that he is an academic at a nearby university but they have been instructed to call the FBI should anyone visit their patient. News of this suspected Russian illegal soon reaches MI5 in London where Liz Carlyle has been contacted by a top secret source known as Mischa who is requesting a clandestine rendezvous in Berlin. Meanwhile in Brussels a Russian sleeper agent who has lived undercover for years is beginning to question his role, while suspicions have been roused about a boarding school in Suffolk that has recently changed hands in mysterious circumstances.
The latest expertly plotted thriller in Stella Rimington’s bestselling series, The Moscow Sleepers is a white-knuckle ride through the dark underbelly of international intelligence, simmering political animosities and global espionage.
$29.99Add to basket ›