Keg Bottle Can: Best Beers for Every Occasion 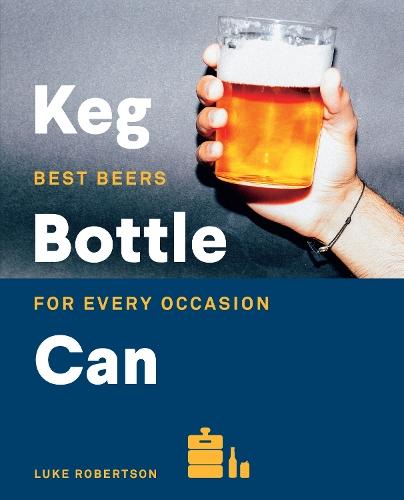 Keg Bottle Can: Best Beers for Every Occasion

The book celebrates the best of Australian craft beer, from easy-to-drink crisp lagers and pale ales to stouts, porters and sours. Keg Bottle Can presents 150 Australian brews, organised by beer-drinking occasion: from the refreshing after-work beverage to beers that challenge your perception and palate, to art appreciation through beers with well-considered labels.
The book includes key information on the beers, as well as the backstory about the brewer and the beer itself, along with food pairings and additional top picks from the brewery. The book opens with a history of craft beer in Australia and describes the brewing process in detail. Rounded off with a useful glossary of beer terminology, it’s the perfect tome for all beer lovers.
Ultimately, Keg Bottle Can’s message is that the beer world is a broad church - and there really is something for everyone. And that while it’s fine to drink a beer out of a bottle at a barbecue, if you pair it with food there are nice glasses for it too. Readers will walk away with the confidence and knowledge to do both, rather than feeling bound by hard and fast rules.
$29.99Add to basket ›