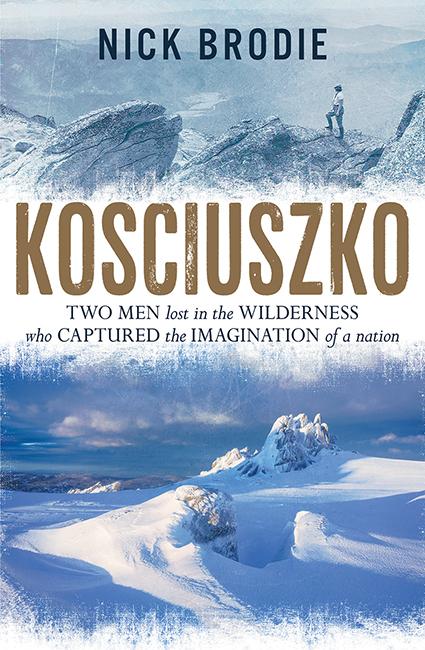 Australia’s highest mountain, Mount Kosciuszko, is a dangerous place.
Evan Hayes was an ordinary Australian battler. Hardworking, likable. Laurie Seaman was a world-wise American. Adventurous, affluent. When this athletic pair of cross-country skiers disappeared into the wilds of Kosciuszko they left a mystery, and became a sensation. Following their trail, Kosciuszko reveals the story of a young Australia between wars. This is a history of a mountain, flowing from a journey. And of a world, seen from a mountain.
When Evan and Laurie went missing in August 1928, Australia’s Snowy Mountains were remote. Traversing the globe from New York’s Long Island to Siberia to Sydney and beyond Charlotte Pass, with shipboard romance and industrial strife along the way, this is the story of two very different people growing to manhood in a world of change. Accompanied by a diverse cast including motor car enthusiasts and aviators, bushmen and horsemen, trackers and journalists, this is the true story of a meeting of peoples and nations.
This is history in a land of legend. From the world-famous to the nearly-forgotten, Kosciuszko is more than a mountain, it is a collective heritage, part of Australia’s sense of self. Evan and Laurie are guides to this vantage point, to a time and place that deserves to be better known. At Kosciuszko, Australians came together in peacetime. And they did so simply because two mates vanished.
$29.99Add to basket ›