The Dreaming Stars: BOOK II OF THE AXIOM SERIES 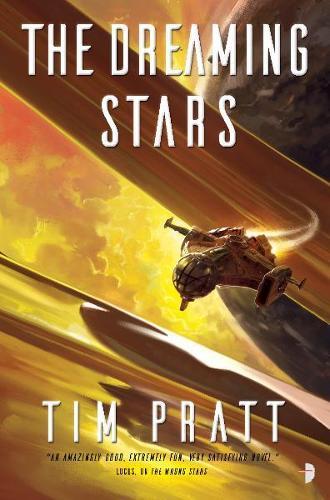 The Dreaming Stars: BOOK II OF THE AXIOM SERIES

The crew of the White Raven returns to save the galaxy, in this brilliant space opera sequel to The Wrong Stars Ancient aliens, the Axiom, will kill us all - when they wake up. In deep space, a swarm of nanoparticles threatens the colonies, transforming everything it meets into computronium - including the colonists. The crew of the White Raven investigate, and discover an Axiom facility filled with aliens hibernating while their minds roam a vast virtual reality. Sebastien wakes up, claiming his altered brain architecture can help the crew deactivate the swarm - from inside the Axiom simulation. To protect humanity, Callie must trust him, but if Sebastien still plans to dominate the universe using Axiom tech, they could be in a whole lot of trouble… File Under-Science Fiction Nanowar | Let Sleeping Gods Lie | Upgraded | For the Colony