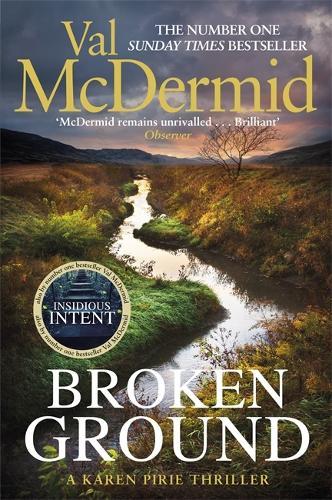 Don’t miss the electrifying new Karen Pirie thriller - STILL LIFE is available to preorder now ___________________ ‘A compulsively readable tale’ Irish Times ‘Another stellar read from McDermid, and further evidence that her Queen of Crime status will not be challenged’ Scotsman ‘Somebody has been here before us. And he’s still here …’ When a body is discovered in the remote depths of the Highlands, DCI Karen Pirie finds herself in the right place at the right time. Unearthed with someone’s long-buried inheritance, the victim seems to belong to the distant past - until new evidence suggests otherwise, and Karen is called in to unravel a case where nothing is as it seems. It’s not long before an overheard conversation draws Karen into the heart of a different case, however - a shocking crime she thought she’d already prevented. As she inches closer to the twisted truths at the centre of these murders, it becomes clear that she’s dealing with a version of justice terrifyingly different to her own … Number one bestseller and queen of crime Val McDermid returns with her most breathtakingly atmospheric and exhilarating novel yet ___________________ Praise for Queen of Crime Val McDermid: ‘It grabs the reader by the throat and never lets go’ Daily Mail ‘As good a psychological thriller as it is possible to get’ Sunday Express ‘One of today’s most accomplished crime writers’ Literary Review ‘McDermid remains unrivalled’ Observer ‘The queen of crime is still at the top of her game’ Independent