Kafka’s Last Trial: The Case of a Literary Legacy 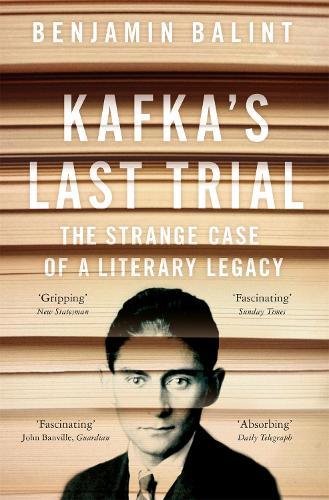 Kafka’s Last Trial: The Case of a Literary Legacy

The gripping story of the legal battle over the work of the most enigmatic writer of the twentieth century: a priceless lost cache of papers, an unprecedented international custody battle, and the unlikely trajectory of a trove of manuscripts from Prague to Palestine.
When Franz Kafka died in 1924, his loyal friend and champion Max Brod could not bring himself to fulfil Kafka’s last instruction: to burn his remaining manuscripts. Instead, Brod devoted the rest of his life to canonizing Kafka as the most prescient chronicler of the twentieth century. By betraying Kafka’s last wish, Brod twice rescued his legacy - first from physical destruction, and then from obscurity. But that betrayal also led to an international legal battle over which country could lay claim to Kafka’s legacy: Germany, where Kafka’s own sister perished in the Holocaust and where he would have suffered a similar fate had he remained, or Israel?
At once a brilliant biographical portrait of Kafka and Brod and the influential group of writers and intellectuals known as the Prague Circle, Kafka’s Last Trial offers a gripping account of the controversial trial in Israeli courts - brimming with dilemmas legal, ethical, and political - that determined the fate of the manuscripts Brod had rescued when he fled with Kafka’s papers at the last possible moment from Prague to Palestine in 1939. It describes a wrenching escape from Nazi invaders as the gates of Europe closed; of a love affair between exiles stranded in Tel Aviv; and two countries whose national obsessions with overcoming the traumas of the past came to a head in a fascinating and hotly contested trial. Ultimately, Benjamin Balint invites us to question: who owns a literary legacy - the country of one’s language and birth or of one’s cultural and religious affinities - and what nation can claim a right to it.
$29.99Add to basket ›