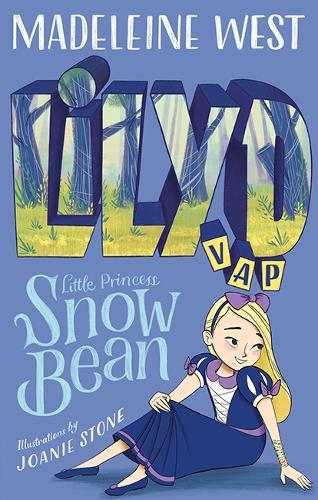 Fancy Nancy meets Stage School in this adorable illustrated junior fiction series, starring Lily D!Lily D is a jump-off-the-page character who is full of beans which is good news because she is very busy! She does ballet on Mondays, tap on Tuesdays, acrobatics on Wednesdays, singing on Thursdays, and drama on Fridays. Drama is her favourite! It’s Lily’s dream is to become a performance artiste when she grows up. Lily D thinks of herself as a VAP (a Very Amazing Performer).But Lily is no child star, she understands that success requires hard work and respect, neither of which can be achieved overnight. In each book in the series Lily ‘goes method’ to inhabit a theatrical character and learns something about the lives of others and her own along the way.Lily is gleefully bold, charmingly flawed and feels totally believable. She looks for the positives in everyone and anyone, and celebrates them! She is loyal, funny, kind, and though becoming different characters can wreak havoc on her world and everyone in it, Lily always learns something from the experience and always strives to treat others with kindness and respect. Into the Woods is one seriously mixed-up fairytale musical. FACT!So, this is one seriously mixed-up Lily D tale! For starters, Lily D is not excited about the musical. No way! And then she chooses to play a totally made up character! So weird! But it is when the doctor reports Lily D’s tonsillitis is back again that things turn totally upside-down. Everyone around Lily D seems to be performing fairytale characters! Spooky and cool! All of this makes Lily D wonder, can fairytales really help her to be brave?