The Long Journey of My Little y Chromosomes: The Origins of One Viking Family 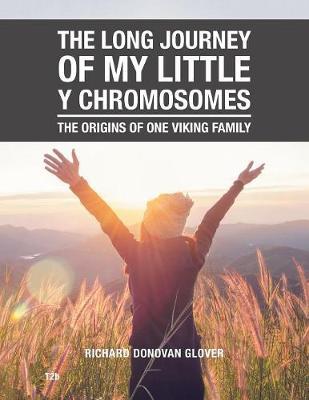 The Long Journey of My Little y Chromosomes: The Origins of One Viking Family

In Central West Africa over a quarter of a million year ago, mankind evolved to become the very first known genetically and anatomically modern humans - Homo Sapiens. 140,000 years ago some of these modern humans migrated to the Great Rift Valley and Ethiopia, where almost all non-African people living today originated. More than 70,000 years ago, some of their descendants moved across the Red Sea to the Arabian Peninsula, where 90%, of the Worlds existing non-African population originated. Many thousands of years later, some of these huntergatherers moved north. Because of climate change their black skin changed to the olive brown of the Middle East, some of them later, migrated to the Caucasus and the Southern Eurasian Steppe grasslands. A few went east to Siberia and Northern Asia and eventually to the Americas, mutations changing their bodily features as they went. Others moved east and south, to India and Australasia. 40,000 years ago, after moving further north to the vast colder Northern Eurasian Steppes, mutations again took place, with the people adapting to the climate, by changing their hair, skin and eye colour, to a lighter hue. My own paternal haplogroup eventually moved west from the Eurasian Steppes to the fjords of Norway, becoming Viking warriors who raided the British Isles. They eventually settled here in the 11th century with the family name Manningham, changing to Glover in the 17th century. My maternal ancestors moved from being some of the first farmers in Anatolia to become the Anglo-Saxons in North West Europe, who invaded and settled in South East England over 1,400 years ago. Over the centuries, some members of these families settled in the United States of America, Canada, Australia and New Zealand, helping to build these new countries to what they are today. Some towns and cities are named after them. If you are a member of one of these now very wide families, or simply interested in the early history of mankind, I hope you will find this little book of interest. - Richard Donovan Glover