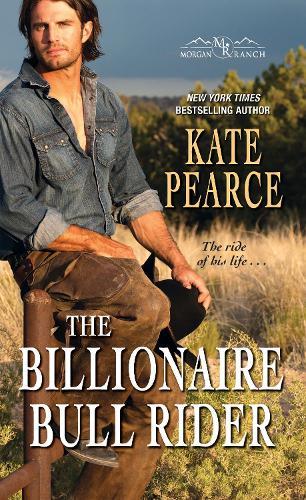 Turning his back on his American father’s business empire was the smartest decision Rio Martinez ever made. Now, after a high-flying career on the rodeo circuit, the world champion bull rider is ready for a change of pace. A summer hiatus working the Morgan brothers' California ranch turns into the hope of forever when Rio meets a beautiful French baker who makes him realize what’s missing from his restless life. After her husband abandoned her, Yvonne Payet threw herself into running the cafe that was her dream. In the welcoming community of Morgantown, she found a place to call home. She cherishes her hard-won independence, and doesn’t need another handsome heartbreaker calling the shots. But Rio isn’t just the sexiest, most arrogant cowboy she ever met-he’s got great ideas for expanding her business. With a reality TV show on the horizon and her ex demanding a second chance, Yvonne has to decide which sunset she wants to ride off into … Praise for The Reluctant Cowboy Pearce sets up solid main-character arcs and creates good chemistry in a realistic western. While Pearce’s descriptions of the ranch will inspire dreams of visiting one, the family secrets are alluring enough to make readers eager for the next book. -Booklist