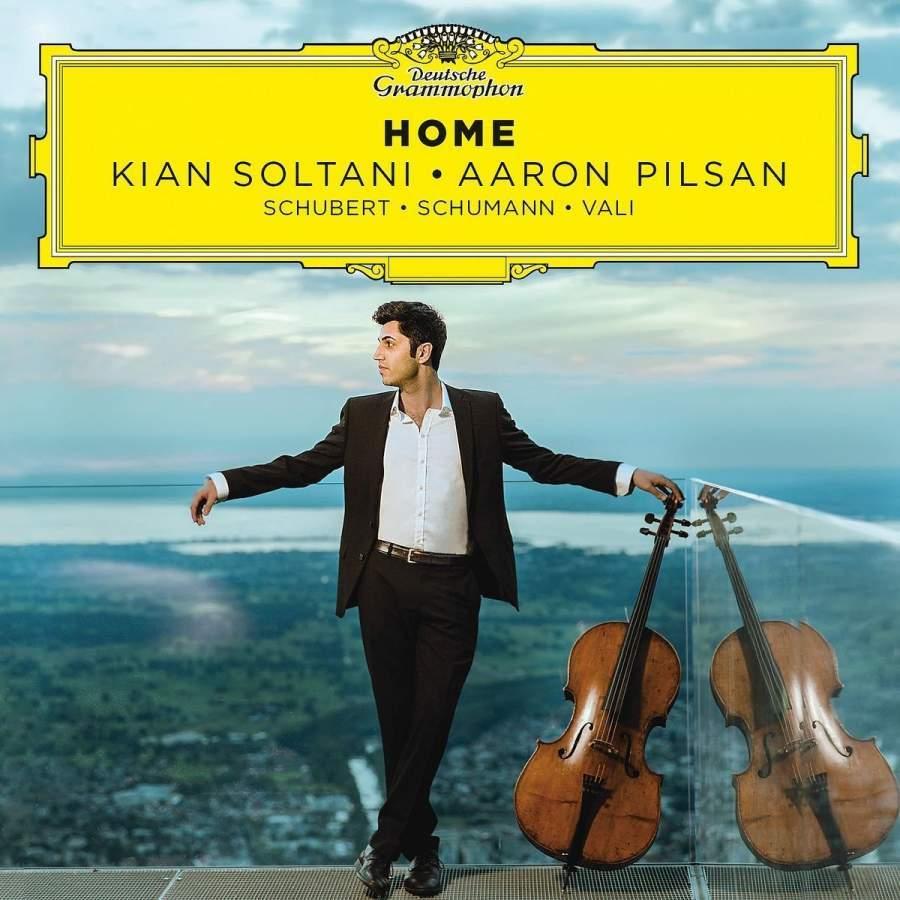 This is Kian Soltani’s Debut album on DG with duo partner Aaron Pilsan.
HOME: A concept album combining Kian’s Austrian and Persian roots, reflected in the choice of repertoire: Cello highlights including one of the most famous Schubert pieces: Arpeggione.
World premiere recording of Iranian composer Reza Vali’s Seven Persian Folk Songs, written for and dedicated to the young cellist and world premiere recording of Kian Soltani’s own composition Fire Dance.
Growing international tour schedule incl. Boulez Saal Berlin, Carnegie Hall New York, Royal Festival Hall London & Philhamonie Paris.
Kian is a protegée of Anne-Sophie Mutter and Daniel Barenboim, has been a member of Mutter’s Virtuosi as well as a member of the West-Eastern-Divan-Orchestra and the new founded Boulez-Ensemble.
$12.95Add to basket ›