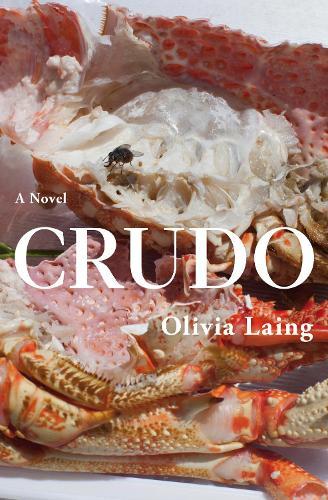 Winner of the James Tait Black Award 2019
Kathy is a writer. Kathy is getting married. It’s the summer of 2017 and the whole world is falling apart.
From a Tuscan hotel for the super-rich to a Brexit-paralysed UK, Kathy spends the first summer of her 40s trying to adjust to making a lifelong commitment just as Trump is tweeting the world into nuclear war. But it’s not only Kathy who’s changing. Political, social and natural landscapes are all in peril. Fascism is on the rise, truth is dead, the planet is hotting up. Is it really worth learning to love when the end of the world is nigh? And how do you make art, let alone a life, when one rogue tweet could end it all.
Olivia Laing radically rewires the novel in a brilliant, funny and emphatically raw account of love in the apocalypse. A Goodbye to Berlin for the 21st century, Crudo charts in real time what it was like to live and love in the horrifying summer of 2017, from the perspective of a commitment-phobic peripatetic artist who may or may not be Kathy Acker …

Crudo, an Italian word for raw, used most often when describing fish, is the title of the debut novel from nonfiction writer Olivia Laing. The narrator might be Kathy Acker iconoclast punk author – she says that she is. However, Kathy Acker died in 1997 and this Kathy is definitely living in the northern hemisphere summer of 2017 when it seemed to many in the West that the world was starting to gather speed towards its own destruction.

Kathy is turning 40, and getting married. She is attaching herself to someone else. She is deciding to leave her essential aloneness. ‘You think you know yourself inside out when you live alone, but you don’t … you do not realise how irritable you are … because you have not learnt how to soften your borders, how to make room.’

Kathy is also living and grappling with what one should be doing as the world is ending.

This avant-garde, stream-of-consciousness novel is an engrossing journey through the interiority of Kathy and the exteriority of a turbulent northern-hemisphere summer.

Olivia Laing has given us a Kathy who is struggling to reconcile the interior and exterior, the cause of feeling and the effect of action. As Kathy says early on: ‘There was currently … a problem with putting things together.’ Kathy wrestles continuously with the effects of a constant news cycle in which nothing can be ignored and yet nothing can be concentrated on: ‘She missed the sense of time as something serious and diminishing, she didn’t like living in the permanent present of the id.’

As the real Kathy Acker championed the use of existing art, so does Olivia Laing have the Kathy of Crudo draw from many past avant-garde artists who chronicled the coming of Fascism. In one powerful scene Laing brings to culmination all Kathy’s musing on young alt-right Nazis with a clear statement of Kathy’s affinity with Christopher Isherwood’s Christopher and His Kind, the author’s memoir of his decade in the queer, avant-garde Berlin arts scene that flowered as Fascism rose.

END_OF_DOCUMENT_TOKEN_TO_BE_REPLACED

The award-winning and critically acclaimed author of Outline and Transit, completes the transcendent literary trilogy with Kudos.

A blisteringly funny and remarkably tender debut novel from Olivia Laing, one of the finest non-fiction writers of her generation.