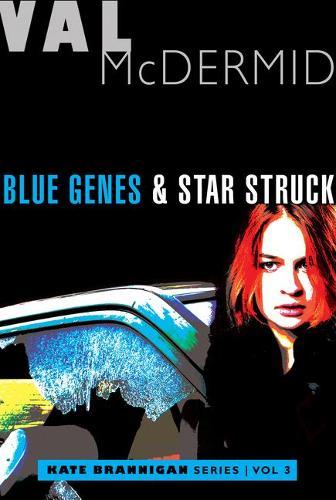 Private eye Kate Brannigan confronts betrayal and cold-blooded greed as she investigates the alien world of medical experimentation and the underbelly of the rock music business. In Blue Genes, Kate Brannigan’s not just having a bad day, she’s having a bad week. The worst week of her life, if you really want to know. Her boyfriend’s death notice is in the paper, her plan to catch a team of fraudsters is in disarray and a neo-punk band want her to find out who’s sabotaging their publicity. And her business partner wants her to buy him out. If only she had the cash. Kate can’t even cry on her best friend’s shoulder, for Alexis has worries of her own. Her girlfriend’s pregnant, and when the doctor responsible for the fertility treatment is murdered, Alexis needs Kate like she’s never done before. So what’s a girl to do? Delving into the alien world of medical experimentation and the underbelly of the rock-music business, Kate confronts betrayal and cold-blooded greed as she fights to save not only her livelihood, but her life as well… Bodyguarding never made it to Manchester PI Kate Brannigan’s wish list. But in Star Struck she’s still broke, and the only earner on offer is playing nursemaid to a paranoid soap star, so this time Kate has to swallow her pride and slip into something more glam than her Thai boxing kit. But when offstage dramas threaten to overshadow the fictional storylines, and the unscripted murder of the self-styled ‘Seer to the Stars’ stops the show, it leaves Kate with more questions than answers.