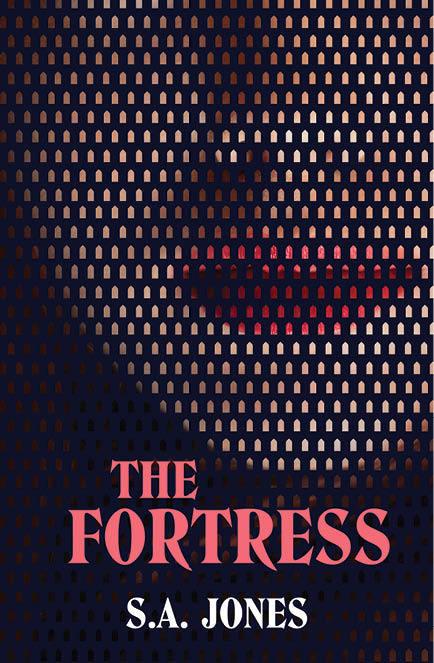 Jonathon Bridge has the corner office, the tailored suits and the impeccable pedigree. He has a fascinating wife, a child on the way and a string of nubile lovers on the side. He’s a man who’s going places. His world is our world: the same chaos and sprawl, haves and have-nots, men and women, skyscrapers and billboards. But it also exists alongside a vast, self-sustaining city-state called The Fortress where the indigenous inhabitants - the Vaik - continue to live much as they have always done. The Vaik is an all-female civilisation.
The Fortress is cloistered from the outside world and connected to it by an arcane tradition that permits female victims of male violence to order their assailants into The Fortress indefinitely. Another way a man may enter The Fortress is as a supplicant. When Jonathon’s pregnant wife Adalia discovers the ugly sexual violence pervading Jonathon’s top-tier firm, she agrees to continue their fractured relationship on one condition: that Jonathon become a supplicant for a period of one year.
Jonathon’s arrival at The Fortress begins with a recitation of the conditions of his stay by Mandalay, the Vaik to whom he is assigned: he is forbidden to ask questions, to raise his hand in anger and to refuse sex. At times self-justifying, at other times lost, Jonathon is utterly unprepared for what will happen to him over the course of the year - not only to his body, but his mind and his heart.
The Fortress is a psychological examination of the dark heart of modern masculinity. It is interested in what male sexual submission looks like and how a female civilisation might operate. It wants to know if readers can be aroused by sex scenes that have nothing to do with female objectification - and even if such arousal is possible. It asks questions about consent, power, love and fulfilment in a pacey, explicit and confronting read.

The Fortress has a fascinating premise. Alongside a world that appears the same as our own, there exists an all-female civilisation. Its native women are called the Vaik. They are proud, Amazonian and powerful; bound by their own laws, rituals and language. They live in a fortress which is walled in on three sides, the sea forming a natural barrier on the fourth. Entry is through the tightly patrolled Veya Gate and the future of the civilisation is secured through reproductive treaties whereby the Vaik are granted access to men and sperm.

In an uncomfortably familiar story, the Vaik had inhabited the land for thousands of years before colonists arrived and tried to take over. The resulting treaty between the indigenous inhabitants and the invading settlers included conditions and clauses shaped by generations of Vaik tradition. For instance, female victims of male violence in the ‘new’ world can order their assailants exiled to the fortress indefinitely. Once there, women have the power of life and death over them. Men can also enter the fortress as supplicants – asking to be redeemed, restored or perhaps even reinvented.

Jonathon Bridge, a privileged white man, is sent into the fortress for a year by his pregnant wife after she discovers that not only has he participated in sexual misconduct at his top-tier firm, but also facilitated a cover-up. Again, it’s an uncomfortably familiar story – Jonathon is so habituated to misogyny that he hasn’t the faintest idea what gender parity might even mean. His sense of self-entitlement is monumental; thus, his induction into an all-female civilisation where women hold the power, including sexual power, is deeply satisfying. The ways in which Jonathan changes are perhaps predictable, but the glimpses of a world in which male submission is normal, together with speculative scenarios showing how that might actually work, make for stimulating discussion starters.