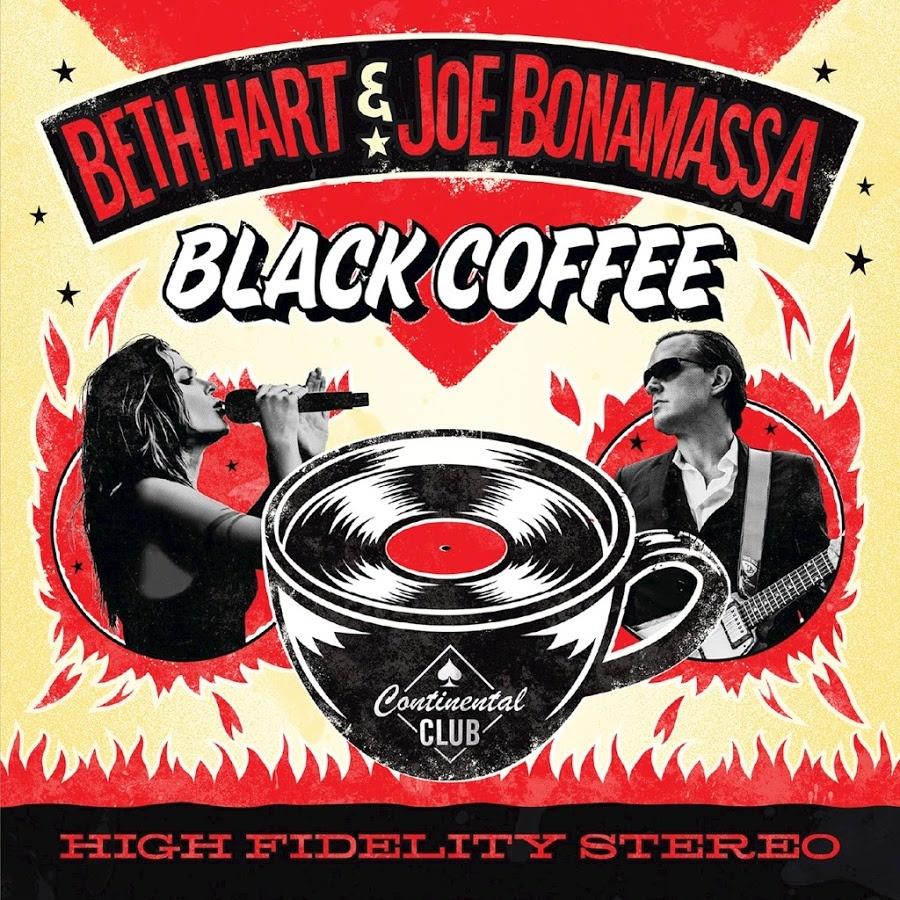 It has been 4 years since 2013’s critically acclaimed, Grammy nominated, and number 1 Billboard Blues album ‘Seesaw’ was released by singer-songwriter and blues-rock powerhouse Beth Hart and guitar hero Joe Bonamassa. Since then, they have both been on fire, riding creative tidal waves both in the studio and live. So, the time was primed perfectly to reunite for another collection of scorching interpretations of ten soul gems that twins Hart’s breath-taking vocals, that sweep and delve deep into the belly of the song and Joe’s masterfully expressive playing make Black Coffee, released on January 26th, 2018, a captivating listen.
With producer extraordinaire Kevin ‘The Caveman' Shirley (Joe Bonamassa, Led Zeppelin, Black Crowes, Aerosmith, Iron Maiden, Rush) back at the helm, the result is the stunning rollercoaster that digs deep into the soul catalogue where they honour but re-imagine songs from Edgar Winter, Etta, James, Ike & Tina Turner/Steve Marriot, Ella Fitzgerald, Lil' Green, LaVern Baker, Howlin' Wolf, Lucinda Williams and Waldeck. Each one having the majestic heart and soul that Beth and Joe bleed on each record.
Recorded in 5 days at Studio at the Palms, Las Vegas in August 2016 with some of the finest musicians around, they have once again recalled some familiar names in Anton Fig (Drums/Percussion), Ron Dziubla (Saxophone), and Lee Thornburg (Horn Arrangements/Trumpet/Trombone) and welcomed in Reese Wynans (Keyboards), Michael Rhodes (Bass), Rob McNelley (Rhythm Guitar), Paulie Cerra (Saxophone), Mahalia Barnes (Backing Vocals), Jade Macrae (Backing Vocals) and Juanita Tippins (Backing vocals).
Talking about the sessions behind Black Coffee, Seesaw, 2011’s Don’t Explain and 2014’s Live in Amsterdam, Shirley gives some insight of what they are looking to achieve; “We’re trying not to dig into a playbook that’s been done many times which is the old soul classics. We try and find a different spin on it, originally it was about trying to find some songs that people didn’t know at all and bring them back to people’s attention.”
$26.95Add to basket ›