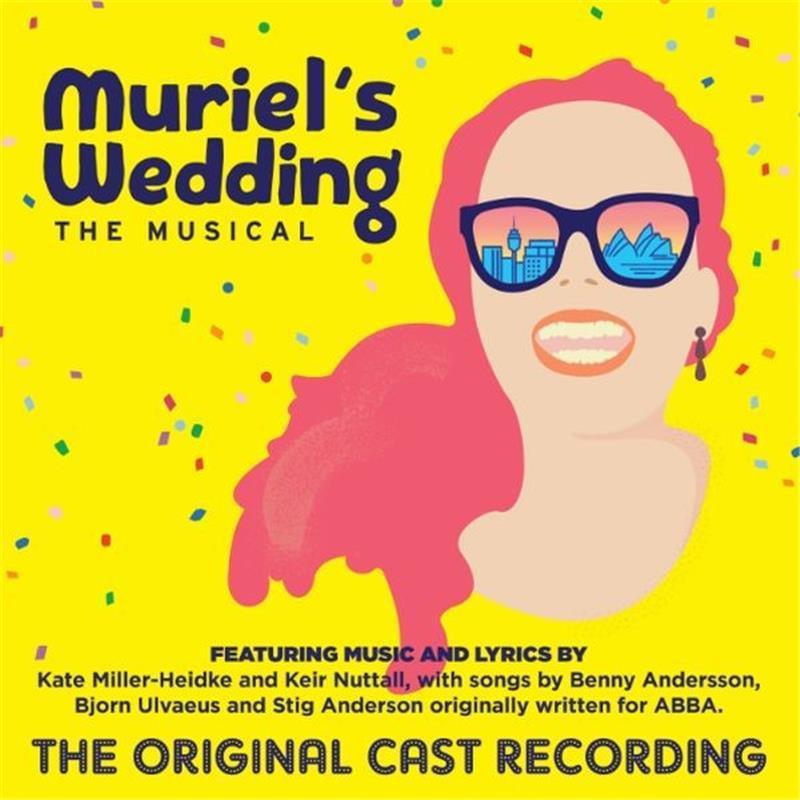 Book By PJ Hogan, Music & Lyrics By Kate Miller-Heidke & Keir Nuttall, With Songs By Benny Andersson, Björn Ulvaeus & Stig Anderson Originally Written For Abba Sydney Theatre Company Presents A Sydney Theatre Company And Global Creatures Production
About:
Muriel Heslop is back! In this highly-anticipated world premiere, the iconic Australian film is now an equally iconic laugh-out-loud musical.
Stuck in a dead-end life in Porpoise Spit, Muriel dreams of the perfect wedding - the white dress, the church, the attention. Unfortunately, there’s one thing missing. A groom. Following her dreams to Sydney, Muriel ends up with everything she ever wanted - a man, a fortune and a million Twitter followers. That’s when things start to go really wrong.
The film’s original writer-director PJ Hogan has updated his screenplay into a dazzling new stage show, bringing the story into the present but keeping all the irreverence and naughtiness of the film along with its dark edge.
There’ll be a bunch of the beloved ABBA hits that so beautifully embody Muriel’s hopes and dreams, as well as an incredible soundtrack of addictive new songs by award-winning singer-songwriters Kate Miller-Heidke and Keir Nuttall.
Director Simon Phillips (Priscilla Queen of the Desert, Dream Lover) leads a stellar cast including Justine Clarke (ABC TV’s The Time of their Lives and Play School, STC’s Children of the Sun), Helen Dallimore (WICKED the Musical, Into the Woods), Madeleine Jones (ONCE, Ladies in Black), Gary Sweet (Police Rescue, House Husbands) and… introducing Maggie McKenna as everyone’s favourite anti-hero, Muriel!
With eye-popping sets and costumes from Gabriela Tylesova (Love Never Dies), a phenomenal ensemble of hilarious characters and live band, this is the theatre event of the year!
$19.95Add to basket ›