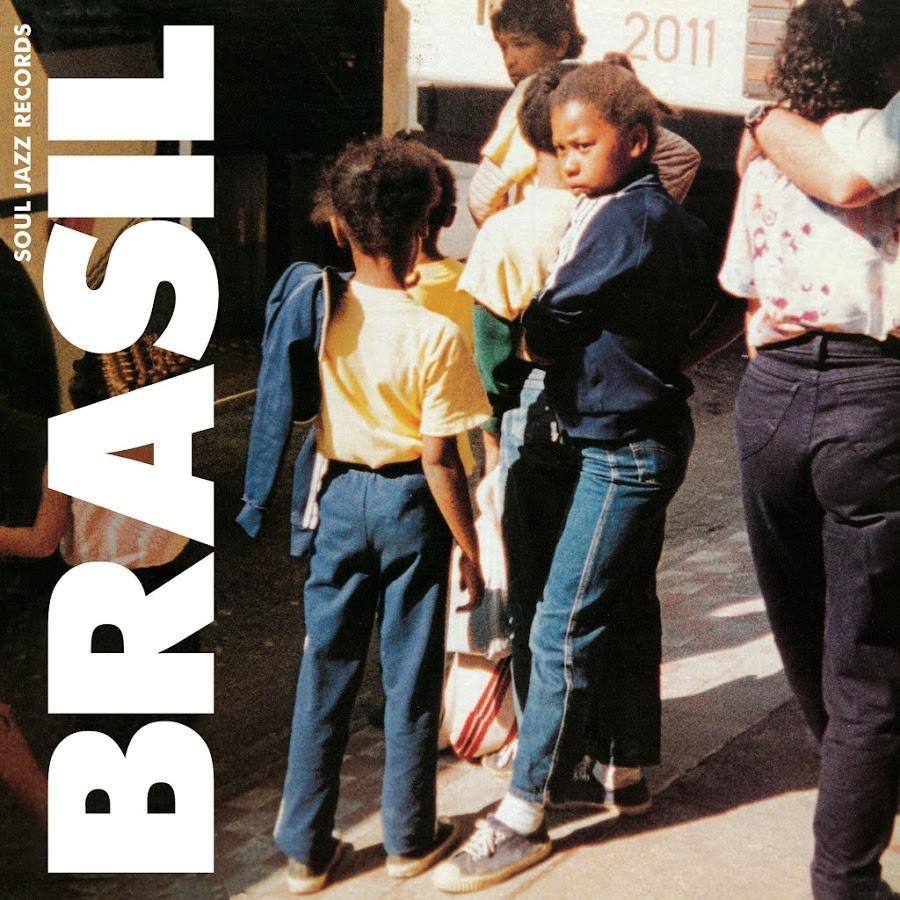 Brand new edition of Soul Jazz Records' Brasil album recorded in Rio de Janeiro in 1994 with a host of legendary Brazilian musicians including Sivuca, Raul de Souza and singer Joyce Moreno - which has remained one of the key defining early releases from the record label. Out-of-print for over 20 years (!!!) the album has now been fully digitally re-mastered for this new 2018 edition.
The album was recorded at the height of the first wave of interest in Brazilian music in London in the 1990s. Joyce and a group led by husband drummer Tutty Moreno had just been brought to the UK for the first time ever by Gilles Peterson and Brazilian music obsessive Joe Davis (and future head of Far Out Records) and performing to over 2,000 new young fans.
Singer-songwriter Joyce has been a living legend in her native Brazil ever since the Bossa Nova movement of the 1960s and had made her first record when she was just 20, and described by Antonio Carlos Jobim as ‘one of the greatest singers of all time.‘
Joyce Moreno agreed to be involved in the project to record an album in Brazil produced with a UK sensibility and Tutty Moreno’s group signed up as the house-band for the project. Stuart Baker (founder of Soul Jazz Records) and Joe Davis then flew to Rio de Janeiro, searching out studios and rehearsal spaces.
During this time in Brazil more artists signed up for the project including legendary figureheads of the Brazilian music Sivuca (who brought his own group) and trombonist Raul de Souza. Other key figures included singer/guitarist Celia Vaz who worked extensively as arranger with the legendary Quarteto Em Cy and drummer Dom Um Romao); Wanda Sá, who played in Sergio Mendes’ original seminal bossa nova group Brasil 65 (during which time she married the artist Edu Lobo); and legendary saxophone/flautist Teco Cardoso whose bio reads like a who’s who of Brazilian music and includes work with Edu Lobo, Dori Caymmi, Baden Powell, Joao Donato, Carlos Lyra and others.
The final piece to this Brazilian jigsaw was the addition of percussionist Pirulito - whose stunning display of self-made instruments allowed him to magically create the massive sound of Rio’s Samba Schools live inside the studio. The album was recorded over one hot summer, mixed in London and then released at the end of 1994.
Over 20 years on and Soul Jazz records' Brasil album manages to capture both an important cross-cultural musical moment in time between Brazil and London while at the same time sounding as fresh as if it was recorded today! Following the original success of this album Soul Jazz Records' continued its love affair with Brazil and went on to release a host of Brazilian albums including classics such as Tropicalia, Brazil 70, Bossa Nova, a Bossa Nova cover art deluxe book with Gilles Peterson and releases by Sergio Mendes, Baden Powell, Edu Lobo and more.
$26.95Add to basket ›