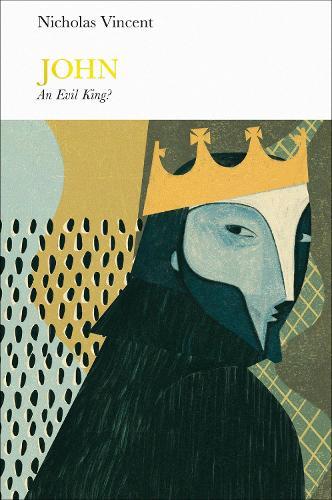 A fascinating portrayal of a complex, unpopular king, defined by the Magna Carta King John ruled England for seventeen and a half years. For most of that time he enjoyed, if not popularity, then great wealth and power. Yet to posterity his entire reign has come to be embodied in a single image. Furious, outmanoeuvred, crippled with vice, the King sits at Runnymede sealing or more often (and anachronistically) signing Magna Carta. No matter whether we approach this event as reactionaries wishing that the King would assert himself, as conservatives delighted by the restoration of constitutional ‘rights’, or as radicals longing for liberty and revolution, Runnymede changes everything in our perception of King John. Seventeen years of history are reduced to a picnic on the banks of the Thames. John is exposed as villainous and pathetic. The people triumph. Tyranny is righted. Nicholas Vincent’s fascinating portrayal of a complex man unpicks the character behind one of England’s most despised kings. Was he as evil as legend suggests? Or has he been unfairly misunderstood?