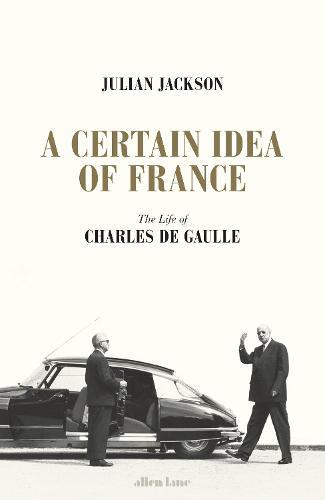 In six weeks in 1940, France’s armies were decisively beaten by Germany. A junior French general, refusing to accept defeat, made his way to England. On 18 June he spoke to his compatriots on the BBC, urging them rally to him in London. Through that broadcast, Charles de Gaulle entered into history. For the rest of the war, de Gaulle in London frequently bit the hand that fed him. Insisting on being treated as the true embodiment of France, he quarrelled violently with Churchill and Roosevelt. But through force of personality and willpower he managed to have France recognised as one of the victorious powers at the end of the War. For ten years after 1958 he was President of France’s Fifth Republic, which he created and which endures to this day.

Drawing on a vast range of published and unpublished documents, Julian Jackson’s magnificent biography reveals this extraordinary figure as never before. The portrait which emerges is of a man of many paradoxes. Some considered him a delusional mystic and vainglorious showman; others a cynical Machiavellian with no fixed beliefs. The tension between reason and sentiment, ambition and moderation, visions of grandeur and respect for circumstance, lay at the core of his conception of political action. Few leaders have reflected more self-consciously on the nature of leadership. As he wrote of Napoleon- ‘Once the balance between ends and means is snapped, the manoeuvres of a genius are in vain.’ But although de Gaulle had a clear sense of what a leader should be, he was surprisingly flexible about what one should do. The man who did so much to make France what it is today was himself a battlefield on which the French fought out their history.
$69.99Add to basket ›