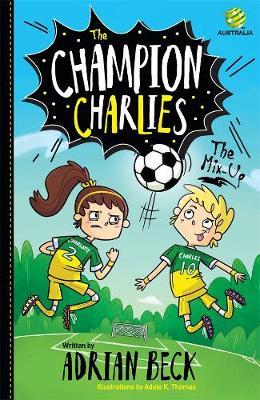 A hilarious junior fiction series for boys and girls that celebrates the great world game of football! Developed in partnership with Football Federation Australia.
Charles was the best player in the boys' football team. Charlotte was the best player in the girls' side. But this season they’re both playing in the same mixed team. Is there room for two Champion Charlies on one side? And can they get past their rivalry to help form the greatest football team Jindaberg Primary has ever seen?
With prankster teammates, a karaoke coach, dancing dads and an arch rival with an axe to grind, the Champion Charlies soon learn that achieving success is not going to be easy… but it sure will be fun.
$14.99Add to basket ›