The Quiet Side of Passion 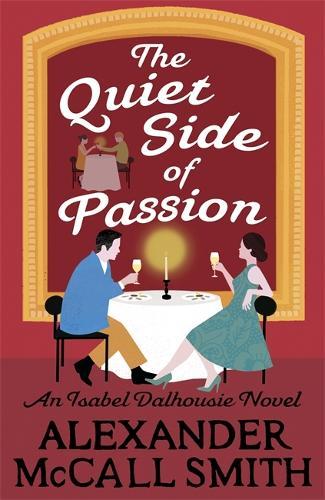 The Quiet Side of Passion

The nursery gate is a good place for parents to meet one another. As the mother of two small children, Isabel finds herself enlarging her circle of friends to include other parents. She meets Patricia, an Irishwoman, a musician and the single mother of a small boy called Basil Phelps. Isabel hears from her husband, Jamie, that this child is allegedly the unacknowledged son of a well-known Edinburgh organist, Basil Phelps.
Patricia takes to Isabel, but Isabel is suspicious - there is something about Patricia that she does not quite like, but, with her usual attention to moral obligation, she does her best to be civil and supportive. That is until she sees Patricia with a mysterious, freckled man. Isabel gets it into her head that this is Patricia’s lover, and that he must be the real father of young Basil. When further discoveries are made, everything is turned on its head.
Despite Jamie’s discouragement, Isabel decides that she is going to get to the bottom things. Yet, when the truth is finally revealed, it seems that Isabel has misjudged Patricia; in fact, she has misjudged just about everybody.
$29.99Add to basket ›