Inferno: An Anatomy of American Punishment 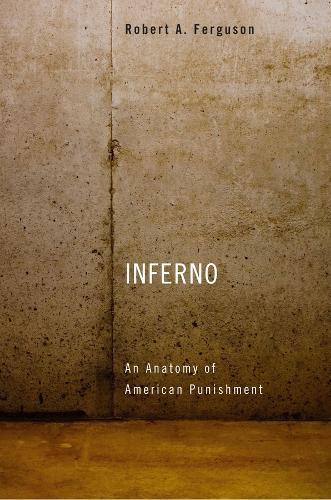 Inferno: An Anatomy of American Punishment

An Open Letters Monthly Best Nonfiction Book of the Year America’s criminal justice system is broken. The United States punishes at a higher per capita rate than any other country in the world. In the last twenty years, incarceration rates have risen 500 percent. Sentences are harsh, prisons are overcrowded, life inside is dangerous, and rehabilitation programs are ineffective. Looking not only to court records but to works of philosophy, history, and literature for illumination, Robert Ferguson, a distinguished law professor, diagnoses all parts of a now massive, out-of-control punishment regime. ?If I had won the $400 million Powerball lottery last week I swear I would have ordered a copy for every member of Congress, every judge in America, every prosecutor, and every state prison official and lawmaker who controls the life of even one of the millions of inmates who exist today, many in inhumane and deplorable conditions, in our nation’s prisons.? ?Andrew Cohen, The Atlantic ?Inferno is a passionate, wide-ranging effort to understand and challenge?our heavy reliance on imprisonment. It is an important book, especially for those (like me) who are inclined towards avoidance and tragic complacency?[Ferguson’s] book is too balanced and thoughtful to be disregarded.? ?Robert F. Nagel, Weekly Standard