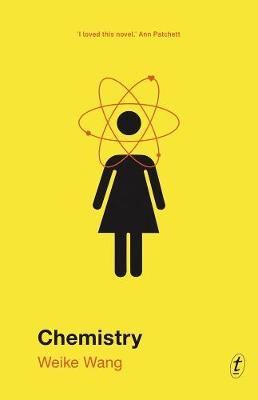 Winner of the PEN/Hemingway Award 2018
Our unnamed narrator is three years into her post-grad studies in chemistry and nearly as long into her relationship with her devoted boyfriend, who has just proposed. But while his path forward seems straight, hers is ‘like a gas particle moving around in space’- her research is stagnating, and she’s questioning whether she’s lost her passion for her work altogether. The demands of her Chinese parents - who have always expected nothing short of excellence - don’t help.
Eventually, the pressure mounts so high that she must leave everything she thought she knew about her future, and herself, behind. And for the first time she’s confronted with a question she won’t find the answer to in a textbook- What do I really want?
Over the next two years, this winningly flawed, disarmingly insightful heroine learns the formulas and equations for a different kind of chemistry - one in which the reactions can’t be quantified, measured and analysed; one that can be studied only in the mysterious language of the heart.

Can a novel be propelled by indecisiveness? Chemistry, the debut novel by Weike Wang, makes a pretty strong case that it can. In the beginning, the un-named narrator is proposed to by her partner, a fellow grad student called Eric. ‘Ask me again tomorrow,’ she tells him, only to be told that this isn’t how it works.

This exchange happens in the very first paragraph of Wang’s short and funny novel, and marks the point from which the narrator’s life comes undone. While Eric seems to have plotted out the entirety of his life, the narrator is struggling with her own failing project. She has published fewer articles than her lab-mate. Her supervisor keeps asking for her results – she has none. She’s overworked without any idea of where’s she’s supposed to be headed.

‘The way I have explained it is through LEGOs,’ she tells us. ‘The chemistry that I do involves putting many LEGOs together and having another LEGO come out. The LEGOs are molecules, but unlike real LEGOs I cannot feel them or touch them.’

While the narrator may not understand how any kind of interpersonal relationships work, she does know chemistry, and the book is filled with small, enlightening descriptions of how different scientific processes work. The effect of sound from a car travelling past, or how exactly an oil slick on the road will present an array of colours. A few of these observations come up with students she’s teaching, but increasingly they’re used to distract her, and us, from the disaster her life is heading towards.

It shouldn’t be a surprise that by the end the book’s elements come together to form something different and satisfying, but it is. This is a book filled with small, quiet achievements, and Wang’s meticulous approach to prose is definitely something to be seen.