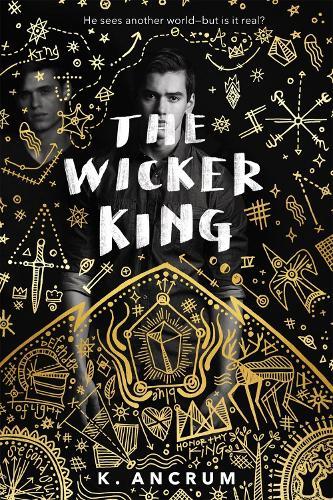 Written in vivid micro-fiction with a stream-of-consciousness feel and multimedia elements, The Wicker King explores a co-dependent friendship fraught with madness, love, and darkness.
When August learns that his best friend, Jack, shows signs of degenerative hallucinatory disorder, he is determined to help Jack cope. Jack’s vivid and long-term visions take the form of an elaborate fantasy world layered over our own-a world ruled by the Wicker King.
As Jack leads them on a quest to fulfill a dark prophecy in this alternate world, even August begins to question what is real or not. August and Jack struggle to keep afloat as they teeter between fantasy and their own emotions.
In the end, each must choose his own truth.
$16.99Add to basket ›