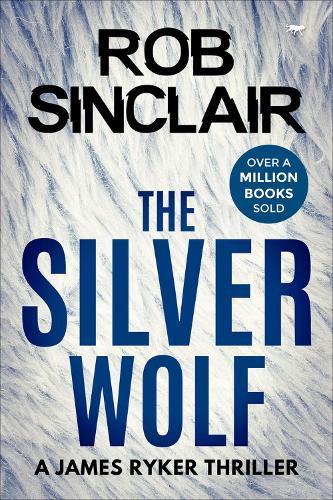 An ex-spy takes on terrorists and a quest for revenge in a thriller spanning from the Mexican coast to the UK … Still tormented by the disappearance of his wife, ex-intelligence agent James Ryker sets out on a personal mission of revenge, prepared to go to any lengths in search of the truth. The trail takes him from the crystal waters of Mexico’s Caribbean coast, back to a place he thought he would never set foot again-his country of birth, England. But there he discovers more than he bargained for. As he stumbles across a terrorist attack targeted against his old employers-the secretive Joint Intelligence Agency-the faint clues to many events in his recent past are all seemingly linked to one mysterious character: The Silver Wolf. But just who is the Silver Wolf, and why is he hell bent on punishing not just Ryker, but his closest allies at the JIA too? Has Ryker finally met his match? As skilled as Jason Bourne, as no-nonsense as Jack Reacher, James Ryker delivers in another heart-pounding, globe-trotting thriller. Praise for the bestselling novels of Rob Sinclair: This is a real page-turner, impossible to put down. -Publishers Weekly