What the Light Reveals 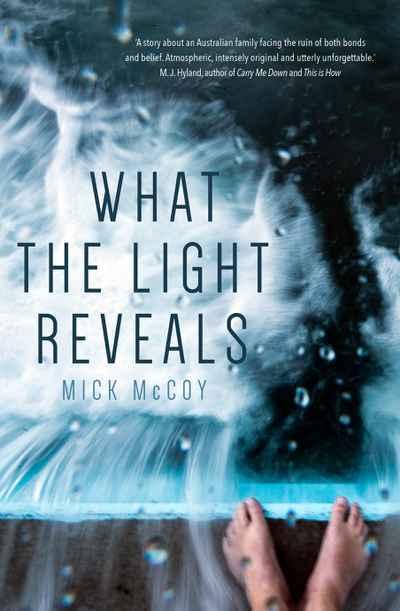 What the Light Reveals

In an increasingly divided and intolerant world, What the Light Reveals is a beacon: a novel that brilliantly captures the sometimes devastating consequences of individual belief.
Conrad is falsely accused of passing military secrets to the Russians. His life and that of his family is turned upside down by discrimination and fear. Unemployed, misrepresented by the media, betrayed by relatives and threatened by strangers, Conrad sees no choice but to uproot his family from their homeland to start a new life in Moscow.
It is also the story of Ruby, and of her and Conrad’s adopted son Alex, and biological son Peter, and of the tension and intrigue that confronts them and shapes their lives in two countries. Russia lives and breathes in McCoy’s superb evocation of it, but Australia is never far away. As Peter says, ‘Tell me again why we’re still here?‘
Told with suspense and rich in characterisation and surprising plot twists, this is a novel of both heart and intellect, a book about the need to belong, about what a family is and why we all need one.

Mick McCoy’s latest novel opens in 1954 as Conrad Murphy travels from Melbourne to Sydney to appear before the Royal Commission on Espionage. An active and unabashed member of the Communist Party, Conrad is ultimately cleared of espionage charges but his life in Australia, and that of his family’s, is unalterably damaged. He faces discrimination from potential employers, harassment from the media and betrayal from extended family members. Conrad quickly comes to the conclusion that the best move for his young family is to uproot them to Moscow. In the 1950s! Wouldn’t be my ﬁrst choice, but there you go.

Fast forward 13 years and the reader ﬁnds that, unfortunately, or perhaps unsurprisingly, persecution and problems have followed them to Russia. Conrad is forced to battle between staying true to his beliefs and protecting the welfare of his family.

It’s easy to write a synopsis of What The Light Reveals focusing on Conrad, but the novel is just as interested in his wife Ruby and his two sons, Alex and Peter. Each of the characters is carefully crafted and shines with such individuality that they practically leap off of the page. Clocking in at about 350 pages, the novel manages to operate as both an historical account (and, indeed, the story is based on the experiences of McCoy’s aunt and uncle) and a Cold War thriller. Ultimately, however, the narrative is less about Cold War politics than it is about the bonds that hold a family together and the moments that tear them apart. A smart, engrossing, and heartfelt read from a local author. What more could you ask for?