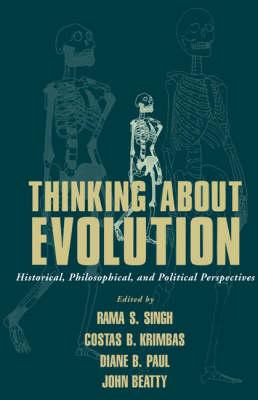 This is the second of two volumes published by Cambridge University Press in honor of Richard Lewontin. The first volume, Evolutionary Genetics from Molecules to Morphology, honors Lewontin’s more technical contributions to genetics and evolutionary biology. This second volume of essays honors the philosophical, historical, and political dimensions of his work. Given the range of Lewontin’s own contributions, it is fitting that the volume covers such a wide range of perspectives on modern biology. He was a very successful practitioner of evolutionary genetics, a rigorous critic of the practices of genetics and evolutionary biology, as well as an articulate analyst of the social, political, and economic contexts and consequences of genetic and evolutionary research. The volume contains an essay by Lewontin on Natural History and Formalism in Evolutionary Genetics, and an extended interview with Lewontin, covering the history of evolutionary genetics as seen from his perspective and exemplified by his career. The remaining chapters, contributed by former students, post-docs, colleagues, and collaborators, cover issues ranging from the history and conceptual foundations of evolutionary biology and genetics, to the implications of human genetic diversity, to the political economy of agriculture and public health.