Adventures of a Young Naturalist: The Zoo Quest Expeditions 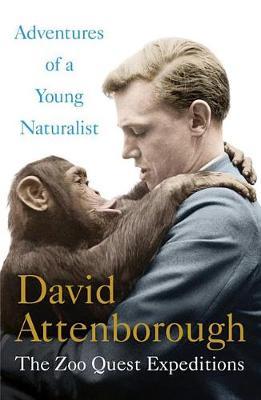 Adventures of a Young Naturalist: The Zoo Quest Expeditions

Living legend and presenter of BBC’s Planet Earth series Sir David Attenborough tells the story of his early career as a broadcaster and a naturalist in his own words.
In 1954, David Attenborough, a young television presenter, was offered the opportunity of a lifetime - to travel the world finding rare and elusive animals for the London Zoo’s collection, and to film the expedition for the BBC for a new show called Zoo Quest. This is the story of those voyages. Staying with local tribes while trekking in search of giant anteaters in Guyana, Komodo dragons in Indonesia, and armadillos in Paraguay, he and the rest of the team contended with cannibal fish, aggressive tree porcupines, and escape-artist wild pigs, as well as treacherous terrain and unpredictable weather, to record the incredible beauty and biodiversity of these regions.
Written with his trademark wit and charm, Adventures of a Young Naturalist is not just the story of a remarkable adventure, but of the man who made us fall in love with the natural world and taught us the importance of protecting it - and who is still doing so today.
$16.95Add to basket ›

Take Six Girls: The Lives of the Mitford Sisters

The Most Dangerous Book: The Battle for James Joyce’s Ulysses