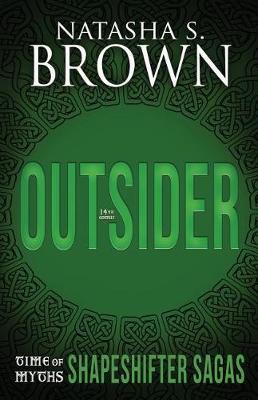 The legends are wrong-mythological creatures are real, but they’re not what you’ve always been told. Get lost in history with these strong female leads and their sexy alpha shifters to discover the truth behind the myths. On the western highlands of Scotland, a springtime storm pummels the coast while Kristie’s brother is out fishing. When he fails to return home, Kristie turns away from her list of chores to search the loch in an effort to ease her pregnant sister-in-law’s fears. Instead of finding Domnall, she discovers a naked and battered man washed up on shore and worries he could be a thieving reiver or worse-an Englishman. When the handsome outsider wakes, he is unable to remember who he is or how he came to be there. Although the feisty and melancholy Kristie isn’t keen on him remaining, her young neighbor, Jock, takes to the playful stranger and names Creag after the rocky crags where the loch meets the sea. Not long after the lad speaks of selkies, magical seals who shed their skins to live as humans, Creag dreams he is swimming deep beneath the waves. Kristie is desperate to keep the farm running for her missing brother while Creag’s sleep is filled with strange visions–glimpses that may reveal secrets to his past, but he may soon wish they were only a dream. **CONTENT WARNING: Due to mature content, recommended for readers aged 18+** This book is for anyone who loves: Ancient mythology and legendsFantasy romance with mythical creaturesHistorical fantasy, paranormal and shapeshifter romance SHAPESHIFTER SAGAS Widow Scars Tides Outsider Spark