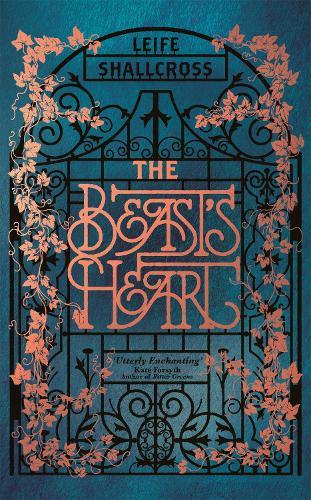 A sumptuously magical, brand new take on a tale as old as time - read the Beast’s side of the story at long last.

I am neither monster nor man - yet I am both.
I am the Beast.
I know why I was cursed; I know the legacy of evil I carry in my tainted blood. So how could she ever love me?
My Isabeau. She opened my eyes, my mind and my heart when I was struggling just to be human.
And now I might lose her forever.
Lose yourself in this gorgeously rich and magical retelling of The Beauty and the Beast that finally lays bare the beast’s heart.

Everyone knows the story of the beauty and the beast, but this beautifully conceived debut from Australian writer Leife Shallcross turns the classic fairytale on its head. The Beast’s Heart is a sumptuous, well-paced retelling that puts the Beast at the centre of the narrative. His is arguably the more interesting story, after all – it’s his curse to break, his lesson to learn – and Shallcross depicts the Beast’s journey back from the brink of despair and self-loathing in a sympathetic and entirely genuine manner.

The love story between the Beast and Isabeau is a delight; a credible, awkward, stilting courtship that’s shot through with moments of gentle romance, pathos, and passion. The developing relationship between the two main characters is played out in parallel to the story of Isabeau’s two sisters and their own respective love affairs. It’s through observing the day-to-day life in the tiny village that sits at the edge of his bewitched forest that the Beast becomes aware of his own shortcomings, and the characters of Claude and Marie DuFour are so well-developed that their story only serves to enrich the main plot-line.

Set in 17th century France, The Beast’s Heart takes its inspiration primarily from the original 1756 story La Belle et la Bête. There are no dancing candlesticks or vainglorious noblemen here, just a heartbroken creature doing his best to claw his way back to humanity in a decaying castle that’s half prison, half palace. It’s a complex, charming, romantic, and richly detailed story about the redemptive power of love.