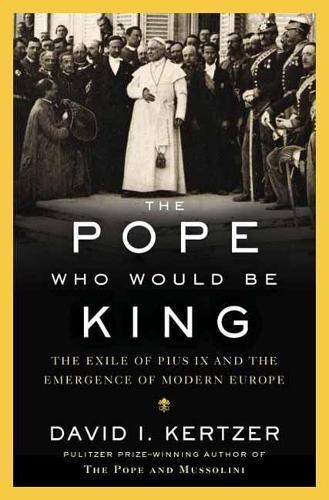 The Pulitzer Prize-winning author of The Pope and Mussolini tells the story of the bloody revolution that stripped the pope of political power and signaled the birth of modern Europe.
Only two years after Pope Pius IX’s election in 1846 had triggered great popular enthusiasm across Italy, the pope found himself a virtual prisoner in his own palace. The revolutions that swept through Europe and shook Rome threatened to end the popes' thousand-year reign over the Papal States, if not the papacy itself. The resulting drama - with a colorful cast of characters, from Louis Napoleon and his rabble-rousing cousin Charles Bonaparte to Garibaldi, Tocqueville, and Metternich - was rife with treachery, tragedy, and international power politics.
David Kertzer, one of the world’s foremost experts on the history of Italy and the Vatican, brings this pivotal moment vividly to life.
$17.99Add to basket ›