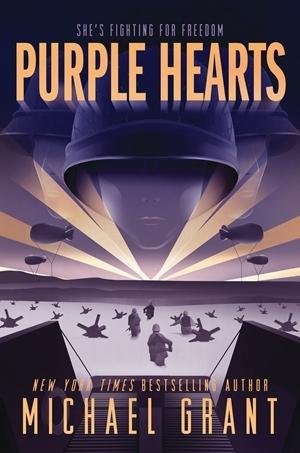 Bestselling author of the GONE series, Michael Grant, unleashes the gritty and powerful conclusion to the Front Lines series and evokes the brutal truth of World War II: War is hell.
Courage, sacrifice, and fear have lead Rio, Frangie, and Rainy through front-line battles in North Africa and Sicily, and their missions are not over. These soldiers and thousands of Allies must fight their deadliest battle yet - for their country and their lives - as they descend into the freezing water and onto the treacherous sands of Omaha Beach.
It is June 6, 1944. D-Day has arrived. No longer naive recruits, these soldier girls are now Silver Star recipients and battle-hardened. Others look to them for guidance and confidence, but this is a war that will leave sixty million dead. Flesh will turn to charcoal. Piles will be made of torn limbs. The women must find a way to lead while holding on to their own last shreds of belief in humanity.
$22.99Add to basket ›