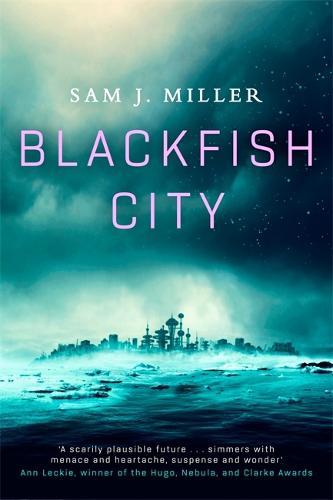 After the climate wars, a floating city was constructed in the Arctic Circle. Once a remarkable feat of mechanical and social engineering, it has started to crumble under the weight of its own decay - crime and corruption have set in, a terrible new disease is coursing untreated through the population, and the contradictions of incredible wealth alongside deepest poverty are spawning unrest.
Into this turmoil comes a strange new visitor - a woman accompanied by an orca and a chained polar bear. She disappears into the crowds looking for someone she lost thirty years ago, followed by whispers of a vanished people who could bond with animals. Her arrival draws together four people and sparks a chain of events that will lead to unprecedented acts of resistance.
Blackfish City is a mesmerising novel from a stunning new voice in science fiction.
$29.99Add to basket ›