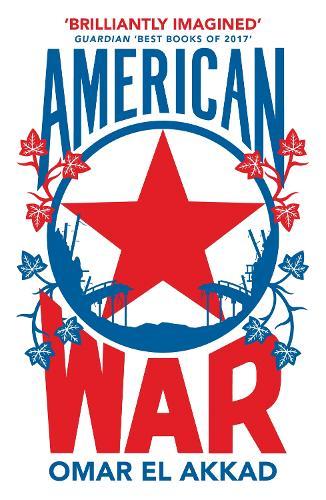 Sarat Chestnut, born in Louisiana, is only six when the Second American Civil War breaks out in 2074. But even she knows that oil is outlawed, that Louisiana is half underwater, that unmanned drones fill the sky. And when her father is killed and her family is forced into Camp Patience for displaced persons, she quickly begins to be shaped by her particular time and place until, finally, through the influence of a mysterious functionary, she is turned into a deadly instrument of war.
Telling her story is her nephew, Benjamin Chestnut, born during war - part of the Miraculous Generation - now an old man confronting the dark secret of his past, his family’s role in the conflict and, in particular, that of his aunt, a woman who saved his life while destroying untold others.
A second American Civil War, a devastating plague, and one family caught deep in the middle - a story that asks what might happen if America were to turn its most devastating policies and deadly weapons upon itself.

Set in the near-distant future, a contentious fossil fuels bill ignites a second American civil war. What follows is brutal and bloody, and rings with the familiar. Unmanned drones patrol the skies, suicide bombers visit post offices, prisoners are methodically tortured in government-run facilities, and thousands of civilians are displaced. Sarat is one such civilian. Born in the now half-underwater state of Louisiana, her family is forced to flee to a refugee camp in Georgia, where they will stagnate for years. At this camp, Sarat is recruited and groomed to be a revolutionary for the South. American War is her story, as recounted by her nephew some years into the future.

Author Omar El Akkad is an award-winning journalist who has written on major world events such as the military trials at Guantanamo Bay, the Arab Spring revolution in Egypt and the Black Lives Matter movement in Missouri. It’s clear that these experiences have all directly informed American War; this dystopian future is strongly entrenched in reality, where even the most futuristic element of the story – a weaponised virus capable of killing millions of people – feels entirely plausible.

Sarat is a character who stays with you. Ultimately a product of her experiences, she lives through some truly horrific events. While this novel is never graphic, the pared-back prose is deeply disturbing in its restraint. It’s a grim read, with only flashes of bleak humour and tiny snapshots of genuine happiness for the characters. American War is a chilling reference to contemporary warfare, and while vehemently anti-war, the book is also clear-eyed about people who become caught in the cycle. As one character notes: ‘The universal slogan of war … was simple: If it had been you, you’d have done no different.’ This is a timely and provocative read.