The Clarity: A Novel 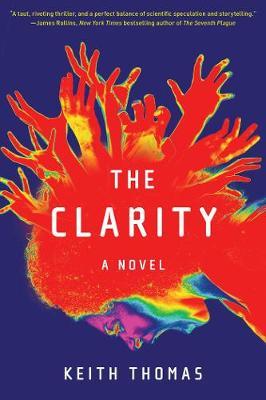 The Clarity: A Novel

Dr. Matilda Deacon is a psychologist researching how memories are made and stored when she meets a strange eleven-year-old girl named Ashanique. Ashanique claims to harbor the memories of the last soldier killed in World War I and Matilda is at first very interested but skeptical. However, when Ashanique starts talking about being chased by the Night Doctors-a term also used by an unstable patient who was later found dead-Matilda can’t deny that the girl might be telling the truth.

Matilda learns that Ashanique and her mother have been on the run their whole lives from a monstrous assassin named Rade. Rade is after a secret contained solely in memories and has left a bloody trail throughout the world in search of it. Matilda soon realizes Ashanique is in unimaginable danger and that her unique ability comes with a deadly price.

Fast-paced, suspenseful, and a chilling blend of science and danger, The Clarity is a compelling take on the possibilities of reincarnation and life after death.
$29.99Add to basket ›