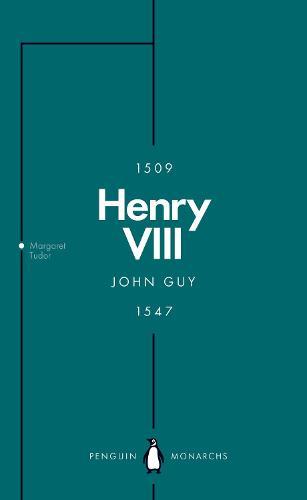 The acclaimed Penguin Monarchs series- short, fresh, expert accounts of England’s rulers - now in paperback. ‘He believed he had a special relationship with God, hence the ease with which he became mesmerized by his own legend’ Charismatic and cruel, a devout traditionalist who oversaw a cataclysmic rupture with the church; a towering figure who could not bear to meet people’s eyes when he talked to them, Henry VIII remains a figure of extreme contradictions. From his glorious youth to his last, agonising, 54-inch-waisted years, John Guy looks behind the mask into Henry’s mind.