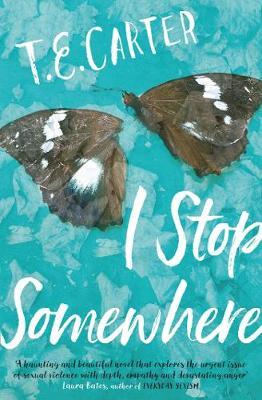 Caleb led me into the party. He’d invited me because he could. He’d kissed me because he could. Just like his dad, Caleb lived in a world of could and we drifted from room to room on the privilege of it.
Ellie Frias disappeared long before she vanished. Tormented throughout middle school, she begins her freshman year with new clothes, new hair, and a plan: she doesn’t need to be popular, she just needs to blend in with the wallpaper. It’s a lonely existence, but at least no one’s tripping her in the halls. In fact, no one notices her at all. Until Caleb Breward, tells her she’s beautiful and makes her believe it. Ellie loves Caleb, but sometimes she doesn’t like him that much - his awkward smile, the possessive way he touches her, the tone he uses, how he ignores her one minute and can’t get enough the next. And on one black night, she discovers the monster her boyfriend really is.
Ellie wasn’t the first victim, but now, trapped, she has to watch it happen again and again. She tries to hold onto her happier memories in order to get past the cold days, waiting for someone to find her. But no one searches for a girl they never noticed in the first place. The Lovely Bones meets Asking For It - this is the searing, heartbreaking story of a lost teenager, and the town she leaves behind.
$17.99Add to basket ›