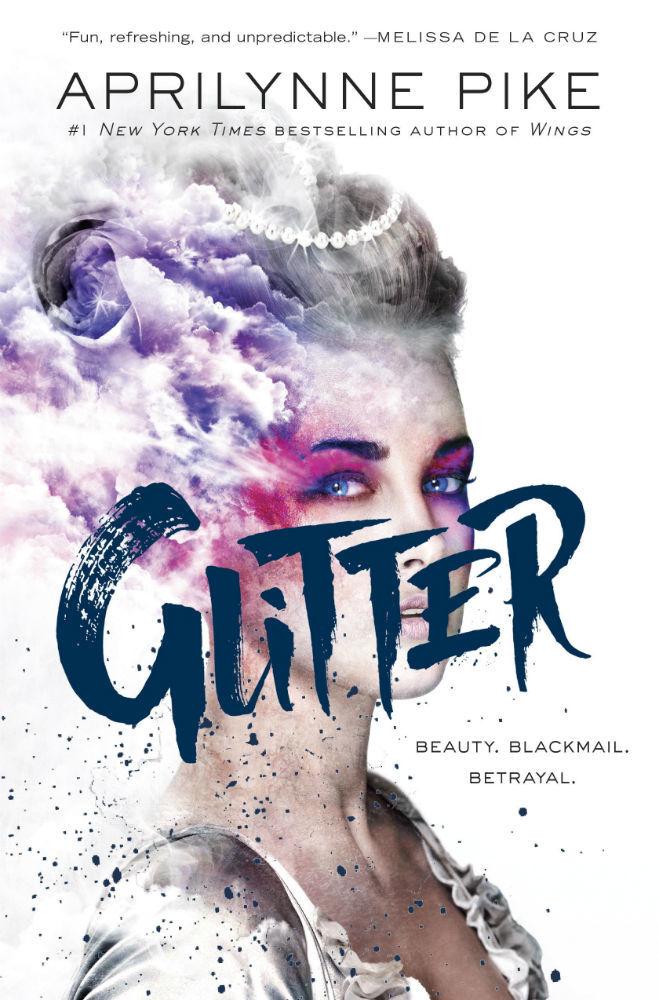 Outside the palace of Versailles, it’s modern day. Inside, the people dress, eat, and act like it’s the eighteenth century – with the added bonus of technology to make court life lavish, privileged, and frivolous. The palace has every indulgence, but for one pretty young thing, it’s about to become a very beautiful prison.
When Danica witnesses an act of murder by the young king, her mother makes a cruel power play…blackmailing the king into making Dani his queen. When she turns eighteen, Dani will marry the most ruthless and dangerous man of the court. She has six months to escape her terrifying destiny. Six months to raise enough money to disappear into the real world beyond the palace gates. Her ticket out? Glitter.
A drug so powerful that a tiny pinch mixed into a pot of rouge or lip gloss can make the wearer hopelessly addicted. Addicted to a drug Dani can sell for more money than she ever dreamed. But in Versailles, secrets are impossible to keep. And the most dangerous secret – falling for a drug dealer outside the palace walls – is one risk she has to take.
$22.95Add to basket ›