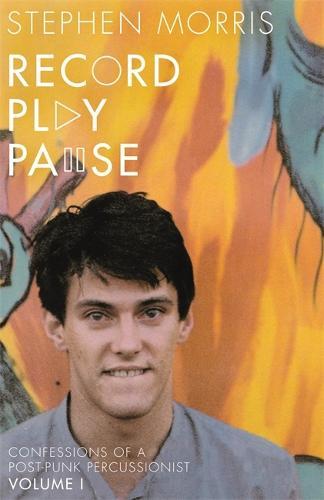 Stephen Morris has had a distinguished career, spanning nearly forty years, as a pivotal member of Joy Division and New Order with his trademark machine-like drumming. After the death of Joy Division’s singer, Ian Curtis, in 1980, Bernard Sumner, Peter Hook, Morris and his wife Gillian formed New Order, one of the most critically acclaimed and influential bands of the late twentieth century.
New Order became the flagship band for Tony Wilson’s Factory Records and, alongside him, opened the infamous Hacienda nightclub, the centre of the acid house movement. In 2015, after a ten-year hiatus, New Order released MUSIC COMPLETE; which charted at #2 in its first week of release (the band’s highest position in over twenty years).
Stephen’s book won’t be that typical music autobiography, which tends to be high on mischief and low on the music. Part memoir, part visual scrapbook, part aural history, it will be a hybrid memoir in Stephen’s wry and witty voice. Stephen will weave a dual narrative of growing up in the North West during the 1970s with how the music actually works. It will also explore what it is to be part of a mythologised band and the idea of what you do becoming who you are.
$32.99Add to basket ›