The Sex Pistols - 1977: The Bollocks Diaries 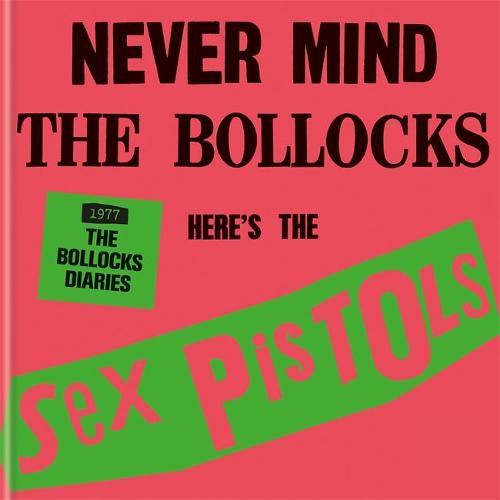 The Sex Pistols - 1977: The Bollocks Diaries

Straight from the mouths of the Sex Pistols and their collaborators, with first-hand stories of secret gigs, recording sessions, fights, record label meltdowns and a media storm like nothing ever seen before, The Sex Pistols - 1977: The Bollocks Diaries is the inside line, told by the people who were there.
Packed with photography and rare items from the Sex Pistols archives - from gig posters and early album art to master tapes and notes from recording sessions - this is the final word on a year like no other.
‘…short, sharp, to the point, minimal. 'Never Mind the Bollocks’ is a blackmail note - and we got you all to pay up!‘ - JOHN LYDON
'When we first went in Wessex [recording studios] we went in through this side door. Freddie Mercury was there doing a vocal take and we walked right through with our guitars. He threw a wobbler.’ - STEVE JONES
‘God Save The Queen’ was definitely the pinnacle. It all went sour after that.‘ - PAUL COOK
'Malcolm was a shit-stirrer. I think he’s got a short attention span. He played this game of pitching me against John. Now we realise there was a lot of false information going between us.’ - GLEN MATLOCK
$24.95Add to basket ›