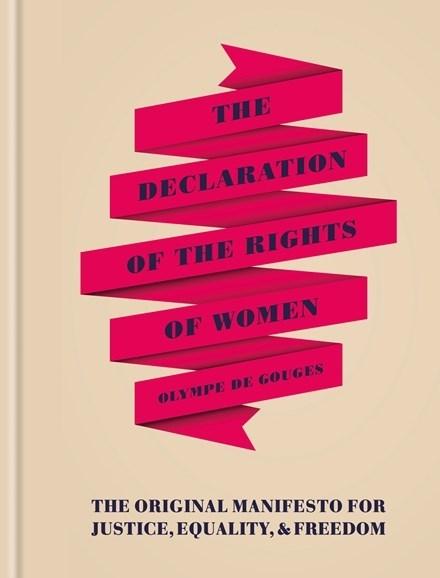 Understand the history behind feminism with these core treatises on women’s rights.

Olympe de Gouges was the most important fighter for women’s rights you’ve never heard of. An activist and writer in revolutionary Paris, she published The Declaration of the Rights of Women in 1791, and was beheaded two years later, her articulate demands for equality proving too much for their time.
Over one hundred and fifty years later, the key statements of her declaration were internationally endorsed by the United Nations in its Declaration on the Elimination of Discrimination Against Women, which in turn went on to be legally recognised by nearly every country in the world.
This volume presents both of these key texts along with enlightening and inspiring commentary from a host of powerful women, from Virginia Woolf to Hillary Clinton.
$19.99Add to basket ›