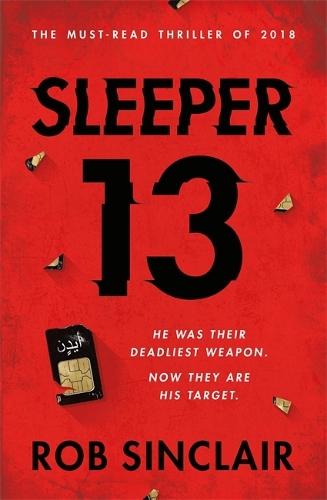 Smuggled to the Middle East as a child.
Trained as one of the most elite insurgents of his generation.
Forced to do things no one should, for a cause he couldn’t believe in.
But as his brothers were preparing to kill, he was looking for a way out.
Now, on the eve of the deadliest coordinated attacks the world has ever seen, he’ll finally get his chance.
He will break free and hunt down those who made him a monster.
He must draw on all his training to survive.
He is SLEEPER 13.
Sleeper 13 is a fast-paced thriller filled with twists and turns and intrigue that will appeal to readers of big-hitting thrillers such as Nomad, Orphan X, The Bourne Identity and globe-trotting spy thriller I Am Pilgrim.
$29.99Add to basket ›