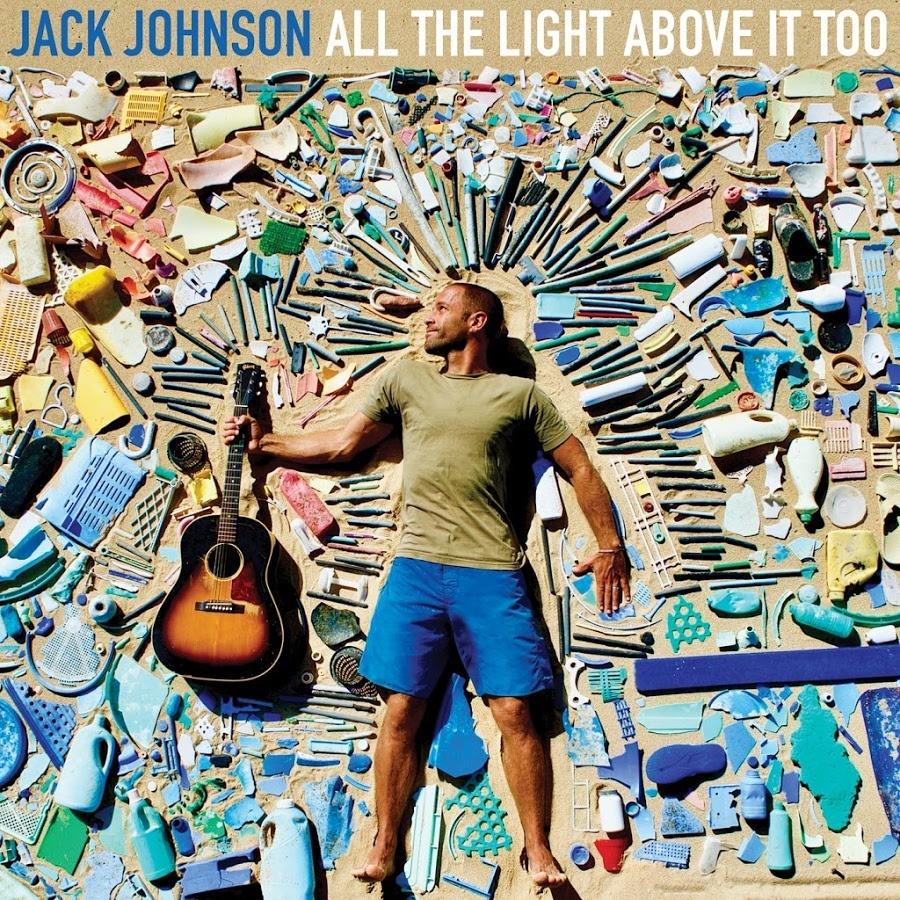 Stellar singer-songwriter Jack Johnson returns with his long-awaited new album All The Light Above It Too.

When choosing a title for his seventh studio album, Jack Johnson lifted a lyric from the opening track: a warm and wistful meditation on keeping perspective in frenzied times.

‘All the Light Above It Too refers to the sun and how it shines in all directions,’ says Johnson. ‘It’s easy to get overwhelmed by all the things happening in the world today, especially when a reality-TV host becomes our president. When my mind goes to that place of feeling like everything’s falling apart, it’s good to remember that there’s this beautiful world and that it’s not meant only for us - we’re just part of a bigger experience, and we’re so lucky to have that.’

The follow-up to 2013’s From Here to Now to You, All the Light Above It Too finds Johnson returning to the stripped-back, homegrown feel of the four-track recordings that launched his career over 17 years ago. ‘Whenever I listen back to demos or sketches for songs, there’s a spirit there that I really love, even if it’s just recorded on my laptop or my phone,’ he says. ‘This time around it was important to me to get the recordings down in a way that keeps that raw feeling from when the song was still fresh and new.’

Produced by Johnson and Robbie Lackritz (Feist, Bahamas), the new LP came to life at the Mango Tree Studio, the home recording space where he’s created each album since 2003’s On and On. While his longtime bandmates accompanied him on several tracks, Johnson handled most of the instrumentation on his own, sculpting many of the songs around his graceful guitar performance. But despite the simplicity of that approach, All the Light Above It Too emerges as an album that’s undeniably rich in both texture and emotion.

In shaping the emotional terrain of his seventh studio album, Johnson drew from life-changing experiences like his recent sailing trip through the North Atlantic Ocean with 5 Gyres (a nonprofit organization focused on fighting plastic pollution). ‘Being out on the ocean with no distractions, no TV and no cell phones, that really kickstarted the songwriting process and helped me work through things that had been on my mind,’ notes Johnson, whose journey was chronicled in the 2017 documentary The Smog of the Sea.

Jack Johnson grew up surfing and playing guitar in Hawaii. Since 2001, he has released 6 studio albums and 2 live albums that have sold over 25 million copies worldwide. Jack’s last album, 2013’s From Here To Now To You, debuted #1 on the Billboard Top 200 Albums chart, Johnson’s fourth chart topping album to date.

His Brushfire Records label and touring crew have been leaders in the greening of the music industry and his All At Once social action network connects fans with local non-profits at each tour stop. Jack, with his wife Kim, founded the Kokua Hawaii Foundation to support environmental education in Hawaii’s schools and communities, as well as the Johnson Ohana Foundation to support environmental, art and music education worldwide.