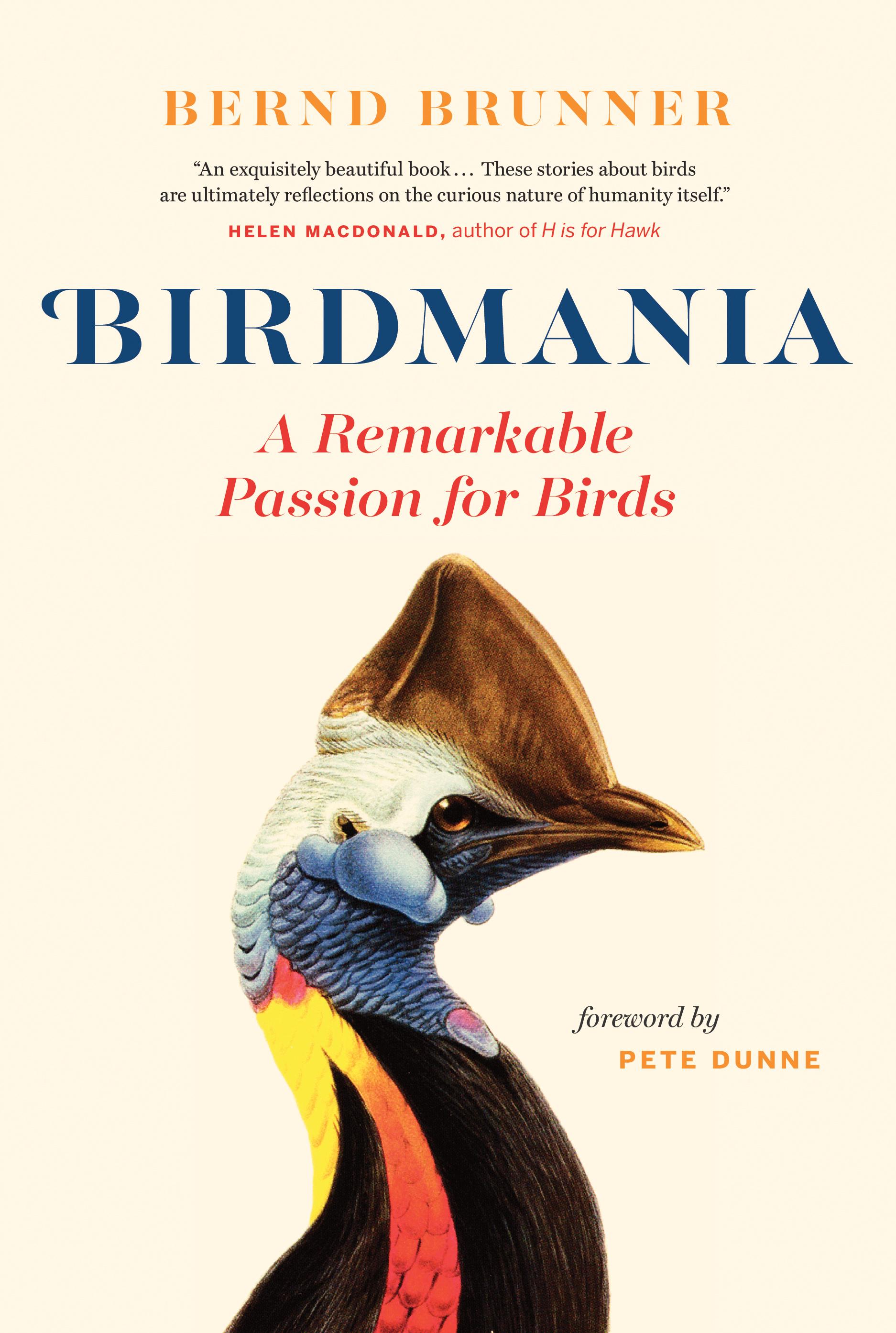 There is no denying that many people are crazy for birds. Packed with intriguing facts and exquisite and rare artwork, Birdmania showcases an eclectic and fascinating selection of bird devotees who would do anything for their feathered friends.

In addition to well-known enthusiasts, such as Aristotle, Charles Darwin, and Helen Macdonald, Brunner introduces readers to Karl Russ, the pioneer of “bird rooms” and lover of the Australian budgerigar, who had difficulty renting lodgings when landlords realised who he was; George Lupton, a wealthy Yorkshire lawyer, who commissioned the theft of uniquely patterned eggs every year for twenty years from the same unfortunate female guillemot who never had a chance to raise a chick; Ambrose Pratt who leaves us a beautiful example of a devoted relationship between a lyre bird and an Australian hermit; Mervyn Shorthouse, who posed as a wheelchair-bound invalid to steal an estimated ten thousand eggs from the Natural History Museum in Tring; and Tibbles the 19th century cat, who belonged to the lighthouse keeper on Stephens Island in New Zealand, and who collected many of Lord Walter Rothschild’s bird samples.
As this book illustrates, people who love birds, whether they are amateurs or professionals, are as captivating and varied as the birds that give flight to their dreams.
$34.99Add to basket ›

END_OF_DOCUMENT_TOKEN_TO_BE_REPLACED

The Meaning of Birds