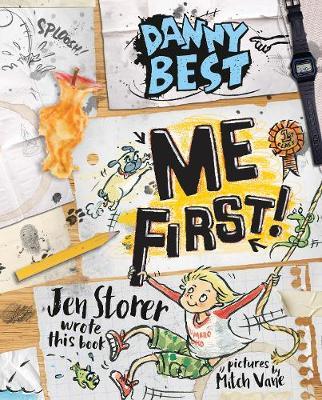 For fans of WEIRDO, DIARY OF A WIMPY KID and FUNNY KID FOR PRESIDENT comes the third book in a hilarious series about a LEGEND named Danny Best.
Best by name, Best by reputation…Danny Best is always first. First to wrestle a wild pig. First to swim with crocodiles. First to eat the eyeballs of a dead yak. If the challenge is EPIC, Danny will be first. Read this book. It’s filled with four AWESOME stories, each one about Danny Best. So you’ll be impressed.
$17.99Add to basket ›

END_OF_DOCUMENT_TOKEN_TO_BE_REPLACED

Who’s a Big Bully Then?