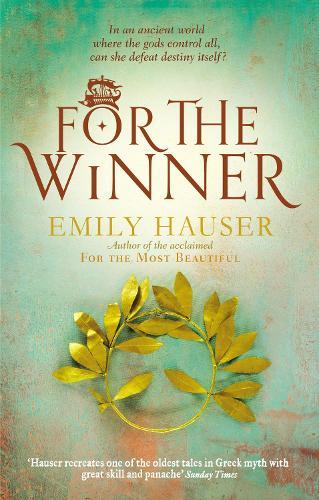 The enthralling new historical novel by the author of the acclaimed For the Most Beautiful, retelling the time-honoured legend of Jason and the Argonauts and the Golden Fleece, and of Atalanta, the princess who became a warrior and who fought alongside the warrior heroes of Greece on the greatest adventure of their age… Some three thousand years ago, in a time before history, the warriors of Greece journeyed to the ends of the earth in the greatest expedition the world had ever seen. One woman fought alongside them. Abandoned at birth on the slopes of Mount Pelion, Atalanta is determined to prove her worth to the father who cast her aside. Having taught herself to hunt and fight, and disguised as a man, she wins a place on the greatest voyage of that heroic age- with Jason and his band of Argonauts in search of the legendary Golden Fleece. And it is here, in the company of men who will go down in history as heroes, that Atalanta must battle against the odds - and the will of the gods - to take control of her destiny and change her life forever. With her unrivalled knowledge and captivating storytelling, Emily Hauser brings alive an ancient world where the gods can transform a mortal’s life on a whim, where warriors carve out names that will echo down the ages … and where one woman fights to determine her own fate.